In the time since I’ve become a vegan, I have often been asked why I made that choice.  If I have the time, I really try to answer as fully and thoughtfully as I can, even if the question is asked in a somewhat loaded or challenging way.  After all, we all get a little defensive when when we feel our beliefs/actions have been judged as “bad,” and I can understand why an omnivore or even a vegetarian could feel this when encountering a vegan.  Most of the time, regardless of who I’m talking to about it, I begin by saying something like “It’s complicated.”  It is rare for a choice to have a single cause, and this is certainly true of dietary choices.  So, today I discuss the “big four” reasons that are often given for a vegan lifestyle, in no particular order. 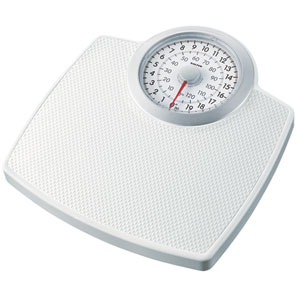 1. It’s healthy.   Studies have shown, pretty conclusively, that a plant based diet makes it easier to avoid diet related health problems.  Vegan diets tend to be low in fat and calories, making maintenance of a healthy weight easier.  Vegan diets also significantly reduce intake of cholesterol.  I have a familial genetic predisposition toward high cholesterol, and even on a vegetarian diet, my total cholesterol was 235 (though it was more good than bad, so that kept me from needing medication).  After 3 months of a vegan diet, my total cholesterol had dropped to 160 and the good/bad ratio had improved even more.  That’s kind of a big deal.  While it might seem as if a vegan diet would lead to problems related to protein or iron, this does not seem to be born out in studies, perhaps because we need less protein than often claimed, or maybe because vegans tend to pay more attention to iron and protein intake, rather than just assuming it will happen.  Vegan diets are also high in complex fiber and fiber is amazingly good for the digestive system, even reducing the threat of colon cancer.  Humans also have a lot of trouble with lactose.  This may be because cow milks was designed for baby cows, not adult humans.  Not all vegans DO eat a healthy diet (you can be a vegan on chips and salsa) but most vegans who elect this dietary choice for health will find improvements. 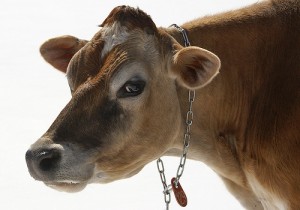 2. It’s about compassion.  I love me some animals.  I really do.  I love the fuzzy ones and the scaly ones and the feathered ones.  I even have a fondness for the buggy ones (though it’s more like a “please stay away from me, little bug” kind of fondness).  I’m just not comfortable with the idea of them being killed for my enjoyment.  I’m also not ok with them being kept in little cages and debeaked so I can eat an omelet, or feed hormones and hooked to a machine for hours so that I can have a glass of chocolate milk.  I understand that it is possible to keep chickens in a very loving fashion, but I also know that it’s not the common situation.   I even understand that it is possible to give a pig a very nice life and make his/her death quick and somewhat kind, then appreciate and give thanks for what that animal has given to you, knowing full well that it is a life lost to create meals.  I don’t think I could do it, but I get it.  However, again, this is rare. 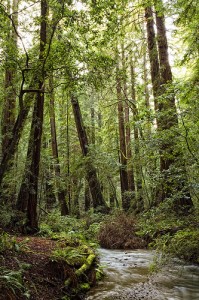 3. It’s for the environment.  Animal husbandry is environmentally “expensive.”  Almost 50% of the water consumed in the U.S. and more than 70% of the grain is used for livestock.  It takes a LOT of grain and water to make a pound of beef (some say more than 15 pounds of grains).  Far more people could be fed on beans/grains/vegetables than on an omnivore diet, and the resource of fresh water (which is in worse trouble than most people realize) could be more readily conserved.   Animal agriculture also requires much more land, creating additional deforestation that destabilizes the environment.   It sounds funny, I know, but the ammonia and CO2 emissions of livestock animals do contribute to the greenhouse effect that is creating significant environmental problems.  Animal waste (and there is a LOT of it) also creates run-off that further pollutes water supplies and harms other animal populations.

4. I just don’t like that stuff.  This is possibly a less common reason for veganism, but I have heard it a few times.  Some people just really don’t care for meat, dairy, and eggs.  It may be because it makes them feel a little ill at the thought of what they are eating (this was always me – I couldn’t eat anything with a bone in it because it made me gag).  Or, it could be a textural or taste issue.  For individuals who don’t like to eat these items, there is little to recommend forcing themselves to do so when a vegan diet can meet their physical needs.

So… these are the top four reasons I have for veganism, and the ones that I have heard most often. The next time you hear someone ask “why vegan?,” you’ll be so ready. : )  If you are a vegan, or are considering veganism, and you have other reasons that don’t fit under these broad categories, I would love to hear from  you!