Thinking About Gurus with Hari-Kirtana 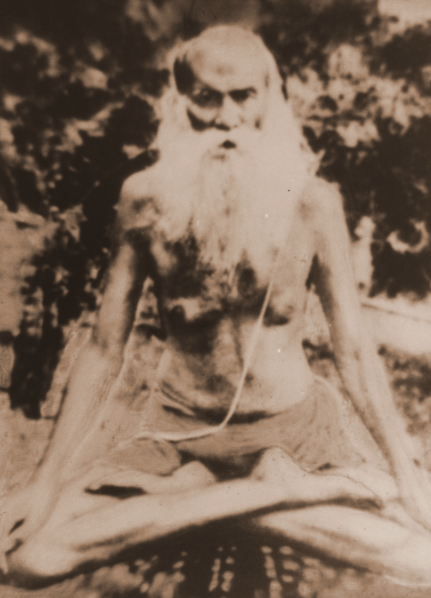 So, I’ve been fairly quiet this month. It’s been busy. Every time that I sit down to write a post or share a recipe, something else crops up. Sorry about that!

But, I have been writing and thinking, in part as a response to taking some advanced yoga training at Yogawood with Hari-kirtana das. As part of our homework from last month, we responded to his post In Defense of Gurus. What follows is my response (primarily to part one).

Philosopher and communication scholar Kenneth Burke once defined man as “the symbol-using (symbol-making, symbol-misusing) animal, inventor of the negative (or moralized by the negative), separated from his natural condition by instruments of his own making, goaded by the spirit of hierarchy (or moved by the sense of order), and rotten with perfection.”  I’ve always found this an apt description.

As humans, we can envision, in a way that (we assume) other animals can’t, what it would be like to be a perfect ______. We can also understand the concept of the negative (a dog does not think, “I am not a cat”). These two things together, along with a tendency to create hierarchy, drive us to want to be more, to achieve some pinnacle of success. What that success looks like is driven by the culture(s) that we inhabit, but it is generally linked with power.

The idea of a guru is a neutral idea; that is, it is not inherently bad or inherently good. We need teachers, regardless of what arena of life we are speaking of. Sometimes we call them mentors; sometimes we call them parents; sometimes we call them gurus. These individuals have more knowledge about something(s) than we do, which grants them a form of power. And power is not bad. All relationships have power differentials and all individuals in relationships have forms of power that they can draw on, whether it is informational power or formalized power or reward power, etc.

Today, sometimes the relationship between teacher and student is one driven by commerce. For example, school teachers must be paid in order to live to teach another day. But, we know that there are teachers (whether that is their formal title or not) who teach not primarily from the reason of making a living, but from a different driver – the wellbeing, growth, enlightenment, and progress of the student.

A guru, including but not limited to a yoga guru, who is acting from the motivation of contributing positively to the progress of the disciple can be a positive force in the individual’s life. I think this can be true even if that guru is not him/herself fully “enlightened,” but is still working on it (I get a little antsy about claims of enlightenment).

However, because we are so intelligent and complex, we also have the ability to misuse power.  Gurus who take that title (formally or relationally) for the purpose of self-aggrandizement, material gain, social/sexual power, etc. are not operating from a motivation of helping the disciple in his/her growth. And that is where things go wrong.

We – society – spend a lot of time worrying about whether XYZ has the potential to be used negatively (for example, if we inoculate teens against STDs, they will have more sex). The truth is, everything can be used in ways that promote the welfare of others or not. Even a toaster can become a murder weapon. We can’t just dismiss all the things/concepts that can be used negatively (because I like toast). We have to, instead, be aware of the positive and negative potentials.

Like for any other successful relationship, the relationship with a guru should be entered with an assumption of positive motives on the part of the other, with commitment to giving the relationship the attention and devotion it requires, and with an open-mind, yet with eyes open. Even then, it may not work out, but then again it may.

2 Responses to Thinking About Gurus with Hari-Kirtana