Our third paper for yoga teacher training was about OM.  Here, I share my answer with you.

What is OM?  What has your experience of it been?  Explain its mystical significance in your own words.  Provide one example of how you would introduce it to a class. 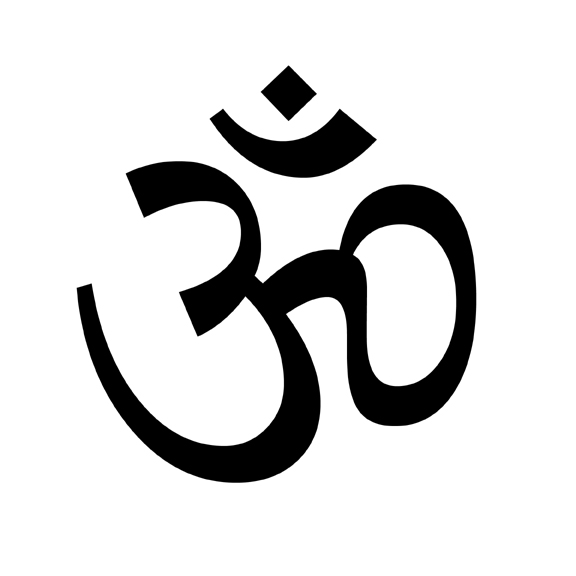 OM is the universal sound.  It represents what is known and what is unknown.  It exemplifies the connection of all parts of life, and all lives, and the greater force (whatever that might be).  As such, it makes an excellent way to begin and end a yoga class, to surround the practice dedicated to that connection.  While there are also many more specific religious connections that can be made, I tend to focus my attention on the broader issues of connection, and – particularly in a class where I didn’t know the students well or where they likely have different views of spirituality – this is what I would address as a teacher.

Though I started practicing yoga several years ago, I did not OM until I attended my first Yogawood class.  The class, which was an evening class, began with both a chant and an OM.  I remember feeling awkward and uncertain.  I can talk your leg off, but I do not sing in public.  I was told in sixth grade by the choir teacher that I was tone deaf, and I remember it to this day.  J  So, singing, other than silly singing in the car or in my house with the kids, is just not something that I do.  Even when called upon at university functions to sing the National Anthem or the Alma Mater, I simply mouth the words.  This was also my strategy for that first OM.  I did it, but with no sound.  I wasn’t going to embarrass myself with a bad sounding OM.  But, after I heard the OM done by the others in the class and the instructor (Beth), I realized a few things.  One, there were a lot of different voices in different pitches and tones and no one seemed to be concerned about what anyone else sounded like, or about whether they or others were “in tune.”  Two, something in that sound had spoken to me, had resonated both in my mind and in my body.  So, at the end of class, I gave it a whirl and learned that I very much like to OM.

To me, this sound at the start and end of a yoga class performs a number of functions, pragmatic, mental, and spiritual.  It physically brings me into the room in a way that I don’t know could be accomplished by anything else.  It fills my physical senses in a fashion that will not be ignored.  I hear the OM in my ears; I taste the OM in my mouth; I feel the OM vibrate in my chest and my throat – and then I’m right there.  The only thing I can really compare it to is the feeling of hearing a really good band play a really good song (with a lot of bass), live – – that vibration that happens in your sternum and just resonates up to your head and down to your toes and makes you feel like your whole body is playing with the music.   This physical fullness also clears my mind of other things very effectively.  I can sing (alone, in the car) without paying any attention to what I’m singing, but OM is different.  It’s almost as if it sweeps my mind clean of other thoughts.  And, finally, OM makes me feel a connection that is, and I mean this in the old English way, awesome.  The sound of OM feels like a set of threads that are connecting my being to all others being gently plucked.  Awesome.

When teaching students unfamiliar with OM about it, I would introduce OM by noting that it is a symbol and sound that has significance in a large number of cultural and spiritual views.  I would note that this may well be partly because it is a “universal” sound – in that it is made up of noise components that are likely to be among the very first sounds uttered by an infant in any culture.  This may be why this word has such resonance for many, because it harkens back to our earliest experiences in this life.  The singing of OM in a class can serve to center the mind on the present moment; it can bring us together, through the interweaving of voices and breaths; and it can remind us of our universal connections to all and that what unites us is greater and more fundamental than what divides us.  And so, we begin class with an OM, to be here, all of us, together.

4 Responses to What is OM?