The Face of Wonder 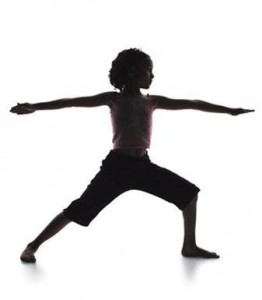 Last week, I had the opportunity to teach a “serious kids and parents” class at Yogawood.  I had expected that the “serious” tag and the description that went with it would bring pre-teens with an established practice, primarily, and had set up a relatively active and vigorous class with a theme of happiness (heart-opening and compassion).  As the time of the session approached, there was no one in the studio but me.  I had everything ready and at 7 ’till, I was refolding all the studio blankets.  At 4 ’till, the door opened and in walked a mother and child.  As I started getting them set up, another set came in, and then another.  Woohoo!  A class!  In all, there were four children between 8-11 and three mothers.  All of the children were pretty much brand new to yoga, so I scrapped  most of my plan – other than the theme and the warm-ups – and decided to concentrate on teaching basic sun salutations and then some “fun” poses.

It was such a great time.  The four children in the room paid such good attention and were amazing sports.  And the looks on their faces… wow!  When I would show them a somewhat complex pose, they would first look a little confused.  And then huge grins would break over their faces as they saw what the shape involved – grins that looked like a combination of “oh man, that’s cool” and “you have got to be kidding me, woman.”  Even when they were uncertain about actually doing a pose, they seemed pretty stoked on what the pose involved.  And they were willing.  We had so much fun checking out things like headstand, wild thing, wheel, and some bound twists.  As I helped them into poses, any hesitation was matched by enthusiasm and willingness to try.  And then when they got into the shapes.  I don’t think I will ever forget the face of one of the boys when he came up into headstand with an assist.  The grin was huge, amazed, sparkling.  Now the look was “Oh man! This is COOL! Look what I am DOING!”  So sweet. So good.  And they fell out of poses with good grace and a smile as well.

It was such a fabulous experience to watch them enjoy the practice.  They were so open to it and having such a good time.  Adults can sometimes get so serious about yoga, but these “serious kids” were having fun and enjoying what their bodies could do.  As more than one wise (wo)man has said, we can learn so much from children.

9 Responses to The Face of Wonder