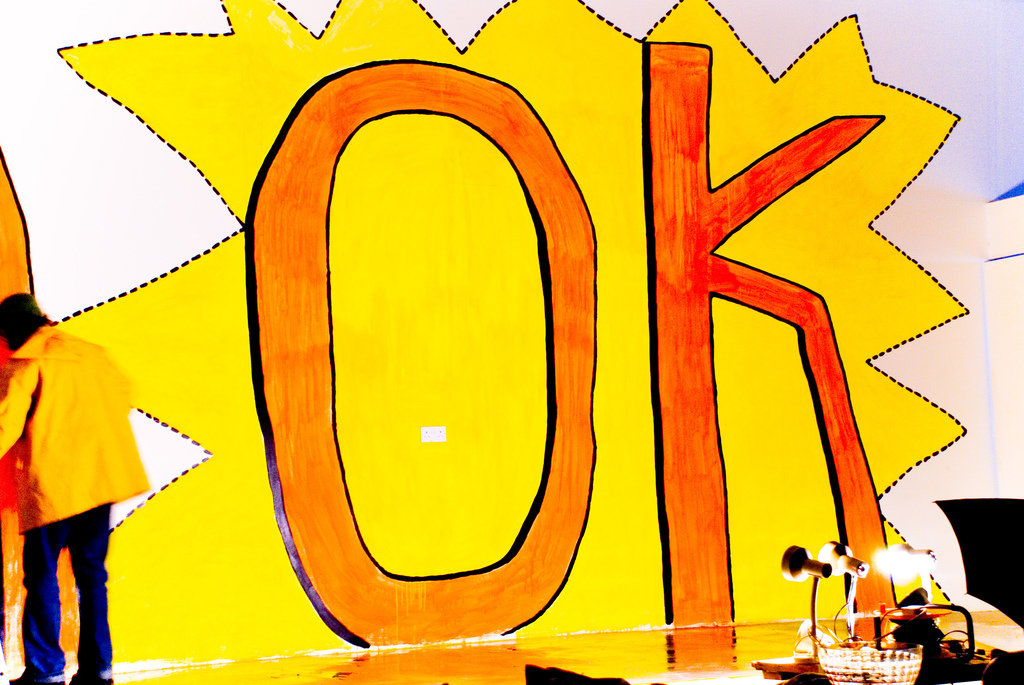 Many many years ago, when I first started teaching college courses, I developed a verbal tic. Having been involved in public speaking from middle school on, I very rarely would “um.” So, that wasn’t a problem for me.

However, I was uncertain about my ability to teach effectively. I also really wanted the students to participate in the class, but I feared the loss of control that occurs when there is a fully free-flowing discussion. These things together caused me to ask students, at the end of a sentence or explanation, “ok?” I really meant it, too. I meant, “Is this ok? Do you understand this? Are we on the same page here?” But, it quickly escalated to the point that I was saying it at the end of EVERY sentence and it was more of a verbal pause than anything else. It was a problem.

Eventually, I noticed myself saying “ok” repeatedly (I think it happened as I was grading student speeches and noting their verbal pauses), and I knew I had to get it under control. So, I started making it quieter, with some serious effort, until I was saying it primarily under my breath, and then concentrated on just shutting my mouth at the end of sentences. I am pretty sure I still said “ok?” in my head. That meant that I had to come up with other ways to engage students, and over time, I did.

Fast forward to recent years, when I started to teach yoga. Teaching yin, I don’t think it was an issue, because I had plenty of time to slowly work through what I was saying. But, after a while of teaching vinyasa classes, as a sub and then regularly, I realized that I had fallen into the same old habit, except with “right?” Again, it is because I mean it. I am asking the students to join me in this understanding of yoga philosophy or yoga benefits or asana practice ideas. So, I want to know… “Is this right, as far as you are concerned? Are you with me? Is this cool?” I really do want to know. Really.

But, there isn’t particularly a way/time for them to assent, even if they wanted to. They are busy, very busy, contorting their bodies to follow my instructions, keeping their focus on their breath, figuring out whether I really mean right when I say left. They don’t have time to provide me with affirmation or reduce my uncertainty, even if they wanted to. And, unlike in a communication classroom, I can’t replace that with a different dialogue like “Do you have any questions about X?,” because they are BUSY.

So, I’m working on it. I’m working on letting go of the need for them to affirm me in that way. I’m watching their bodies and faces to see if they are tracking what I’m saying rather than asking. I’m trying to focus on telling them what I believe and what I’ve seen and what I have read about yoga philosophy and theory and anatomy and physiology and letting them, in their own minds, decide whether it’s ok with them or I’m full of stuff and nonsense.

It’s a complicated dance and it is humbling to get a(nother) reminder that, even at 47 years of age, my need for approval remains strong. That urge to have others tell you that you are doing it right is intense!