Would You Please Stop Interrupting?

A month or so ago, I had a bout of IBS.  After a few days of trying to just tough it out, eating the usual fruits and veggies – even though I wanted crackers and bananas more, I did some research about what I should be eating to calm the system down.  Interestingly, I found that the items I had felt like eating (crackers, bread, bananas, applesauce) were exactly what I needed to eat to get my system back on track.  Having been authorized by Google, I accepted that diet for a few weeks and now feel much better.

Last week, my body seemed to need a rest day from yoga, and I was not happy about it.  But, after arguing with myself, I took it.  And the next day my yoga practice went really well – I felt strong and good and the back pain I was having started to dissapate.

Toward the end of last week, a friend was worrying with me about why she wanted to eat so much (and mostly carbs) during the week before menstruation.  We did a little research and concluded that, between the drop in estrogen and the drop in serotonin that  seems to occur at that time, it makes utter sense to consume more complex carbs.

Then, yesterday (Sunday), I found myself totally exhausted at 10 a.m.  I was so tired my eyes were burning and I had to go lay down for an hour.  As usual, I was scolding myself about it, when it occurred to me that a similar thing had happened the previous Sunday, but I blamed it on going out Saturday night.  And, when I thought about it, the Sunday before had been the same way, and so on.  After pondering for a while, it finally struck me that I have been taking my weekly large dose of methotrexate on Saturday evening.  And what is a major side effect of MTX?  Fatigue.  Ohhh.

So, what’s the moral here?  I think it’s that sometimes, or often, our bodies know what they need and they try to tell us. 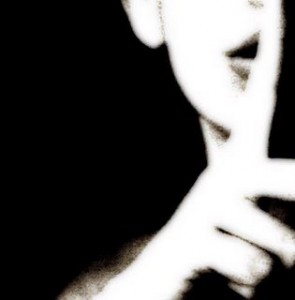 We just don’t always listen.  Toddlers get it.  They will sometimes go a day or three eating next to nothing.  And then suddenly eat 6 bananas in an afternoon.  And maybe the next day they only want green beans and chicken.  It drives parents insane.  We think our little dears are going to starve, but they don’t.  If we make healthy food available and let them make selections, they do pretty well.  They haven’t learned how to shut down that body voice yet.

Maybe we should take a page from the book of toddlers.  Eat when we are hungry (though we may have to think about what we are hungry for, because as adults we have hunger all mixed up with other things), nap when we are tired, smile when we are happy, cry when we are sad.  We probably shouldn’t bite anyone, but other than that it sounds not so bad.

What is your body trying to tell you?