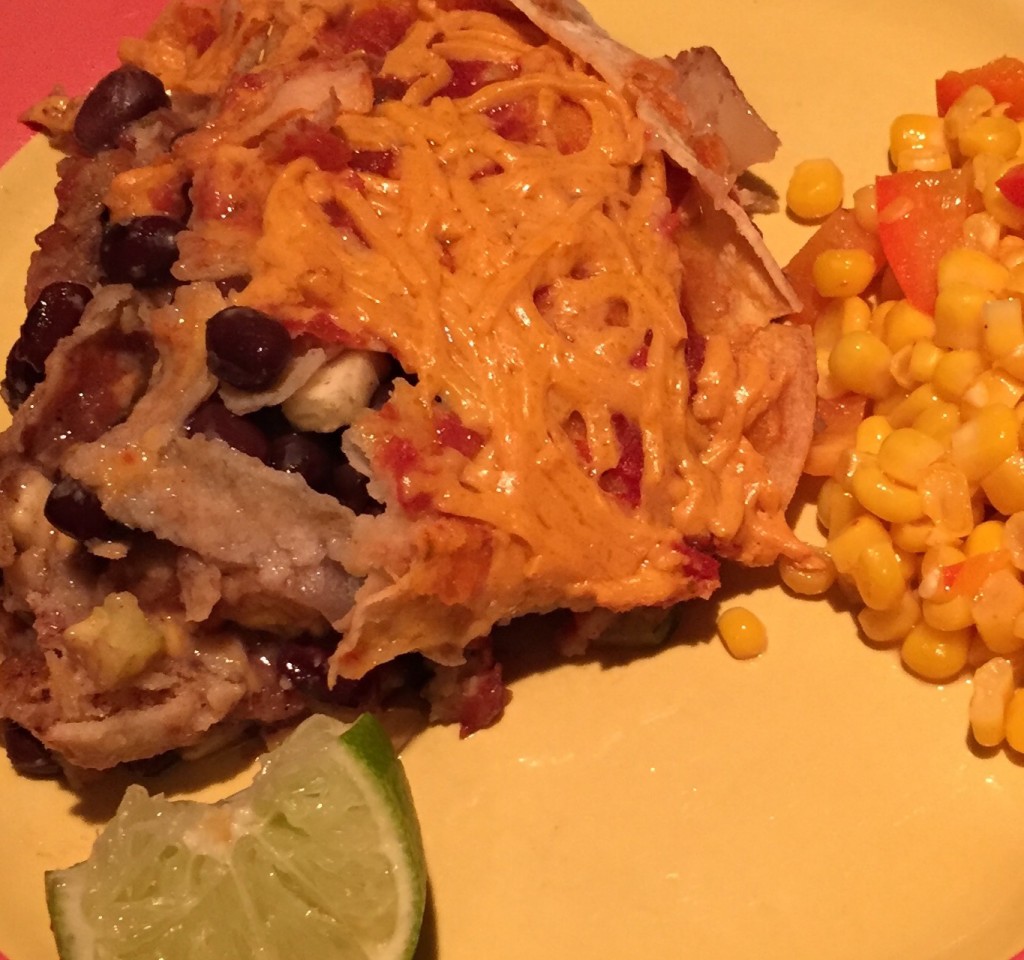 It’s just a few days after Christmas and we are finally running out of leftovers. Tonight we had a guest for dinner, so it was time to do something more than recycle (though I did make a big pan of a non-vegan item yesterday). So, with the knowledge that we had recently had Chinese, “American,” and Italian, but that a guest seemed to call for a little more than nachos, I decided on enchilada casseroles.

As we have a mixed diet family, we actually made two of these. One contained dairy cheese and other non-vegan things. But, the vegan version contained: 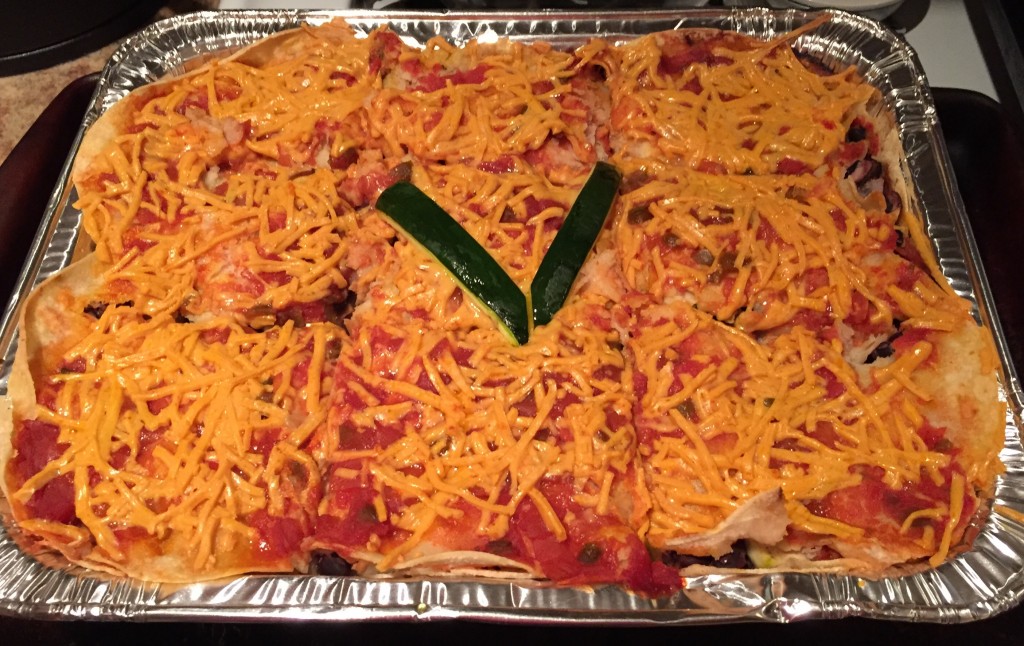 Spray the bottom of a casserole dish with non-stick spray. I used a 13X9 pan. Place 1 layer of tortillas in the pan, overlapping to cover the bottom. This took 6 per layer in my pan. Spoon in the bean and veggie filling in a layer to cover the tortillas. Add a healthy sprinkle of Daiya. *Apply another layer of tortillas. Spoon on a thin layer of Rotel sauce. Add another layer of beans and veggie and then soy cheese. Repeat process from * one time. For the final layer, add tortillas, tomato sauce, and Daiya only.

Spray a piece of foil with non-stick spray and cover the casserole. Cook for 30-40 minutes with foil on.

Remove foil and continue cooking until heated through and cheese is basically melted (as melted as Daiya gets) and then remove from oven.

Allow to sit for 10 minutes before serving.