The Gunas are Coming to Get You!

Quick! RUN! No, not into the basement without a flashlight in your sheer white nightgown, you fool! 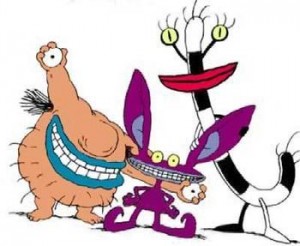 Ahem.  Maybe a few too many horror movies as a teen?  Anyway, the gunas aren’t coming to get you.  That was just a catchier title than “the gunas are you,” which is more accurate.

In Hindu tradition and yoga philosophy,  all can be divided into two things – prakriti and parusha.  Purusha is spirit/consciousness, and prakriti is nature/matter.  All prakriti, all objects of experience, is constituted of gunas, the three instincts or tendencies or ways of being:  tamas, rajas, and sattva.

Tamas is inertia, inaction, indifference.  It’s cold and dark.  Its energy is low and listless.

Sattva is balance, calm, peacefulness.  It’s cool and white.  Its energy is clear and balanced.

It is important to see that all three of these gunas are part of the maya, or sheath, of prakriti.  Though sattva may be the closest to purusha in characteristics, it is not purusha.  All matter, all nature, is a combination of the three gunas.  One guna may be more strongly seen or felt in something, but they are all there.  In human or animal behavior, we may note one guna more manifested at some times, while another is more manifested at other times.  But, regardless, they are all present.

Lately, as I’ve been studying and thinking yoga a lot, I’ve been mentally noting in my surroundings the gunas that are predominant in someone or something at that time.  It’s a little less fun for inanimate objects (rock – tamas, match – rajas, green leaf – sattva) , except for food.  Food is interesting, because we can sort of think through the extent to which bringing food with a certain predominant guna into the body may create a strengthening of that guna in the body for that time period.  For example, I love potato soup.  You know, the creamy (soy in my case) thick, sort of bland, heavy, white potato soup.  And, in case it isn’t quite carby enough, I like to add crackers.  Tamas anyone?  Wow.  And then, after I eat a big bowl of said soup, how do I feel?  Pretty tamastic.  I feel like laying on the couch, possibly whining every few minutes that I ate too much.  Tamas. I could do examples for the other two, but I think you get the picture.

For people and animals, it’s very interesting to note the gunas unfolding and changing in those around you, and the self.  Some people appear pretty consistent.  I spend some time with a person who is just, as far as I can tell, always predominantly rajas.  She’s always hurrying from place to place, always all twirled up about something, always in a state of high emotion.  Every issue she faces is a crisis and every day has an issue.  It exhausts me just to be in her presence.  Interestingly, even with all of that energy, she seems to have a hard time getting things done.  Perhaps it is because the energy is so frenetic and out of control.  Again here, I could give examples, but I bet you have your own.

It’s particularly revealing to look at how these tendencies reveal themselves in your own behavior and being, and what events seem to call forth one or another.  I like to be at home, but if I spend a few days in a row completely at home, tamas really takes over and I don’t want to do anything or go anywhere.  When I meditate regularly, I can feel/see more sattva in myself.  If I’m having issues in personal relationships, I get very whirlwind like – rajas. Observing the gunas in action in myself has been helping me to find ways to move toward a little more sattva when tamas or rajas take over, and to see where some behaviors are coming from.  It’s pretty nifty.

So, watch out for the gunas!  They are you.

2 Responses to The Gunas are Coming to Get You!