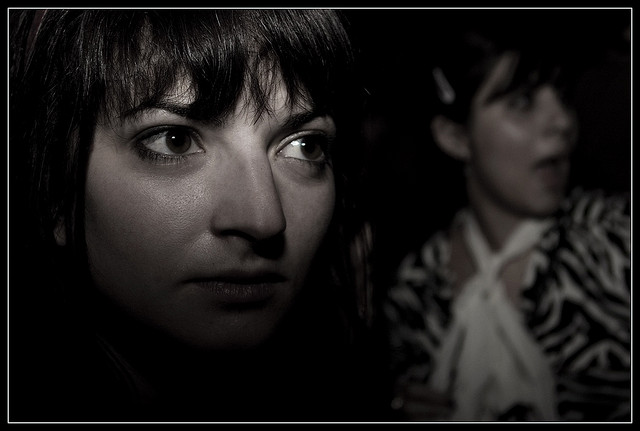 Fear is a subject that comes up more than once in a while in yoga practice, particularly in the practice of asana. Just this week, I’ve heard yoga students say that they were afraid of handstand (multiple times), headstand, pinca myurasana, and arm balances. And, I have only been at three classes so far! I’ve written in the past about fear and backbends, fear of falling, and fear about having a different teacher, so I’m certainly not unfamiliar with having fear in the practice.

In all of these situations, it’s not the “thing itself” that we are afraid of, it’s some potential future outcome. Jiddu Krishnamurti said it clearly in On Fear:

That is, fear is about what will happen, or maybe what has happened, but not so much about what is happening. This isn’t so surprising when you think about it. When real danger presents itself, something big like a child struggling in deep water, you aren’t fearing, you are acting. You are moving and taking steps to deal with the situation right then. But, when the danger isn’t present, sometimes we think about the danger and then we think about the potential outcomes (the child will be injured or worse) and that is where the fear arises.

In our asana practice, we may feel fear when we think about a particular pose or type of pose, but it isn’t about the pose. It is about some potential outcome we imagine might occur, and based on associations with the past, we have labeled that outcome bad.

Thus, fear of handstand or headstand is not about the pose, it is about possible outcomes of falling out of the pose. One might fear injury (though, realistically, your most important parts are closer to the ground than when standing), embarrassment, or to appear incapable. My fear of backbends isn’t about backbends, really. Because they make me feel slightly breathless, some part of my brain connects it to moments of claustrophobia and then I become anxious about not being able to breathe, or something (I’m still figuring that out).

So, what does this all mean for us and our practices? Well, I don’t think it means we can get rid of fear. It is part of the animal condition (some might say human animals only, but I’m not so sure about that). And even if we could get rid of fear, I don’t think we should. Fear can be useful. It prevents us from making bad choices sometimes.

What we can learn to do is sit with the fear and try to work through what it is really about. When the fear arises, we can ask the self, “What is actually going on here?”  We can consider whether the outcomes we are worrying about are likely, are truly dangerous, or are more related to ego or superstition. This won’t necessarily remove the fear for good, but it can help us to work through that situation, or to decide not to.

Maybe this means that in one class, I say, “Ok, I won’t get stuck in this backbend and I won’t be without air, so I am going to go ahead and do it.” And then in the next class I might decide that I’m just not in a good place that day to forge ahead. But, at least the reflection gives me the opportunity to make the choice and to try to really respond to what is happening.

3 Responses to Not Now, Fear.