I meant to post this back in July, but I had lost the draft. I just found it again today, so here it is. 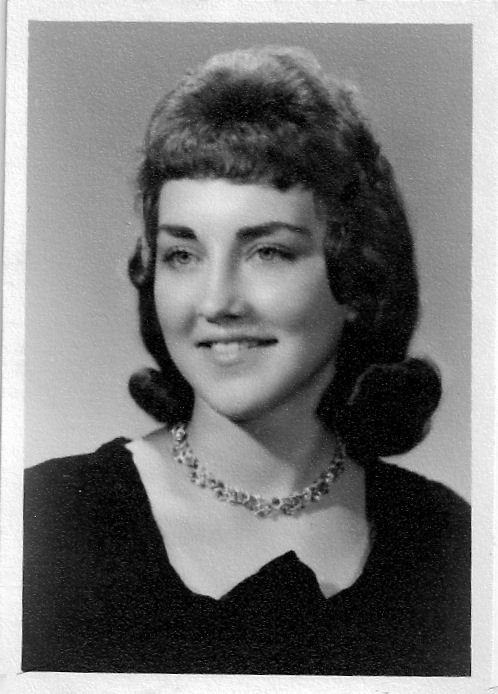 Her name was Loretta Irene.

My mother wasn’t prone to happiness, but when she smiled, it lit up the room. She also had the most infectious laugh; when she laughed everyone else did too.

My mother was extremely smart. She grew up in a little backwards city in Indiana and only got through high school, but her vocabulary was amazing and her mind so sharp. Anything she really tried to learn, she could. She would read more than 7 books in an average week.

My mother was a wonderful cook. Her recipes weren’t often “unusual,” because she liked pretty standard food, but I never ate anything that she made that wasn’t good. And she always cooked in huge quantities! No one ever left her table hungry.

My mother was a pretty woman, with these green green eyes that looked like they could see right into you (scared me when they weren’t happy eyes) and skin that was soft as a child’s until the day she died.

My mother loved music. She sang to us throughout our childhood and could be counted on to dance whenever she was able. She was a good dancer (I like to think I inherited that trait).

My mother drank iced tea… huge quantities of iced tea. She liked coffee, and water, and sometimes red wine or other drinks, but mostly iced tea. She snacked on popcorn and loved chocolate.

My mother was a woman of “obsessions.” She would latch onto a particular type of project (crossword puzzles, model ships, leather tooling, jigsaw puzzles, Japanese history) and devote her every spare moment to it for months at a time. She loved when we would participate in her latest craze.

My mother was a “down to earth” woman. She had a lot of country sayings that she would pull out at the least possible provocation. These included “Wish in one hand and shit in the other and see which one gets full the fastest,” and “Tough titty said the kitty, but the milk tastes the same.”

My mother was very strict with household chores. I hated it at the time, but it meant that I could wash dishes at 4, dust and vaccuum by 7, clean kitchens and bathrooms by 9, and be in charge of cleaning the whole house by 11. I could do laundry by 11, cook full meals by 13, balance a checkbook at 14, and shop for groceries at 15. The things she taught me have served me well.

My mother had some trouble showing affection in physical ways, or even saying how she felt at times, because of how she had been raised. And yet, I never ever doubted that my mom loved me.

My mother parented as well as she could. She started at 20 and hadn’t had the best role models of tolerance, kindness, or patience. But, she tried her best to raise us right and she wasn’t afraid, as I became a mother myself, to acknowledge the mistakes she had made and caution me against them.

My mother had her demons. They encircled her mind and stifled her happiness. They were hard for her to work through and they made her life difficult. I don’t think she ever understood them, and I don’t think she ever got the help that she deserved. But, I know she always tried to overcome them in whatever way she could see.

My mother never told me that I wasn’t smart enough, or good enough, or pretty enough to accomplish what I wanted. She wasn’t one for false praise, but wasn’t hesitant to compliment where necessary and I knew she expected the best from me… it pushed me to give just that.

My mother died on July 8th 1993 after fighting lymphoma for years. She was 47 years old, and it wasn’t enough time. She never met my four youngest children. I wish she had.

My mother was my mom. I miss her.

Tagged my mother. Bookmark the permalink.

7 Responses to My Mother