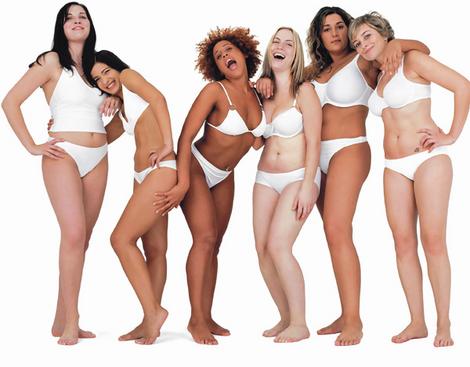 If I was walking around with a piece of cake now, no one would even notice. But before…

I was getting ready for bed last night with the TV on as my ambient light and volume down. I didn’t know what was on and didn’t care much, since I wasn’t planning to watch. As I walked past the dresser to get to the bed, I saw this sentence come up on closed captioning and stopped. The story was about a young couple who had undergone bariatric surgery and lost tremendous amounts of weight.

It’s ok. I understand about when the tummy can’t handle it.

Last week, at a conference, I ordered a water in a brew pub where I was having dinner with a friend. The waiter replied with the quote above, giving me a sympathetic look that swept across my bald head and general appearance.

A few weeks ago, I wrote a blog post reviewing some makeup brushes. My opening sentences positioned my interest in makeup, and I wonder (but know) why I felt the need to do that.

You don’t eat that stuff. That’s why you are so thin.

A colleague of mine, both interested in and baffled by my dietary choices, makes this comment to me with significant frequency.

What do all of these have in common and what do they have to do with yoga and veganism, you might be asking? Well, for that second part, I’m not sure that I’ll get to the answer in this post (though I’m going to dance around it some), but I can answer the first. All of these situations have in common the assumptions we make about people, based solely on what they do – or don’t do – with their physical form.

I’m working on a scholarly research piece about this right now (well, right now I’m actually blogging instead of working on that research piece, but I’m using this to help me get my thoughts sorted… yeah, right, that’s it!). We have such an odd relationship with the physical form in the U.S. (honestly, I would say most Westernized cultures, but I don’t have quite enough first-person experience to say that so boldly). We celebrate it like mad in our mass media (who knew that you had to see so much flesh to get the idea of a beer) and even give out prizes to those with the best bodies. Even when we say we are being more body inclusive , like in Dove’s Real Women campaign, the bodies we celebrate are the ones that are still darn close to the physical ideal.

At the same time, we say that the body isn’t important, the “soul” is, and we press the point of the unimportance of the physical appearance in our explicit body messages, treating attention to physical beauty as suspect or shallow. Losing weight is important, we say, due to health (not appearance). Tattoos should be “meaningful” (in some way that reflects social values – like love for a family member), not just pretty.

It’s quite the conundrum, isn’t it? The message seems to be that it’s important to look beautiful and have a beautiful body, but you should get it naturally, not be too attached to it, and we should all pretend like it doesn’t matter even while we celebrate the beautiful.

And so, we judge people – often – based on body and body choices. And by judge, I don’t even mean always harsh or negative judgments. Sometimes the judgments are positive. But, they are still attributions about personal “non-body” characteristics made on the basis of appearance. A person who is thin with a big plate of food has a good appetite. A person who is heavier with a big plate of food is a lazy glutton. A bald woman is certainly ill, unless she is in a cult. A woman who isn’t “naturally beautiful” and doesn’t “improve” her appearance with cosmetics and hairstyling is either lazy or socially inept. A woman who really likes makeup is shallow. A raw foodist is nuts and a vegan is weird/misguided/judgmental.

It’s a lot of information we glean from just looking at those around us. And it points to something about our sense of social ownership of the body. Out loud, we will say that people’s bodies are their own. But a quick look at media messages, social messages, and political messages makes it relatively obvious that a lot of us don’t really believe that. Oh, we may believe that our “own” bodies should be ours to control, but we are pretty sure we know better how others should care for their bodies.

The pull of this way of thinking is almost inescapable. I can describe this all to you and tell you what is problematic about it, but I still do it. I am vehemently pro-choice (in SO many ways), but I’ll still admit that I entertain thoughts about what other people should do for/to/about their bodies, or judgements about who they “are” due to those bodies. Oy.

I don’t know. Maybe it’s not something we can really get around. Maybe it’s part of our human mammal nature. I suppose that other mammals make some judgments about each other on the basis of appearance, and perhaps the same great big brains that allow us to think our great big thoughts also lead us to make attributions about things like body almost constantly.

I know that most of us find it frustrating, even while we do it. I was asked yesterday to join and possibly help administrate, two facebook groups related to female baldness. A strong underlying theme in both is a desire not to be judged based on that body element.

Is it that we don’t want this kind of judgment to apply to us, but it’s ok for others? Is it that (as attribution theory points out) we tend to attribute our own, or those of the people in our “in-group,” negative behaviors to forces beyond our control and our positive behaviors to the self, while with those in the out-group we do the opposite? Is all of this inevitable or changeable?

Do I have an answer? Nope! But I’ll be working through it more in the coming months as I work on this article, so you may hear more of my ponderings on the subject. What are yours?