It “Shouldn’t” Hurt, But Sometimes It Does 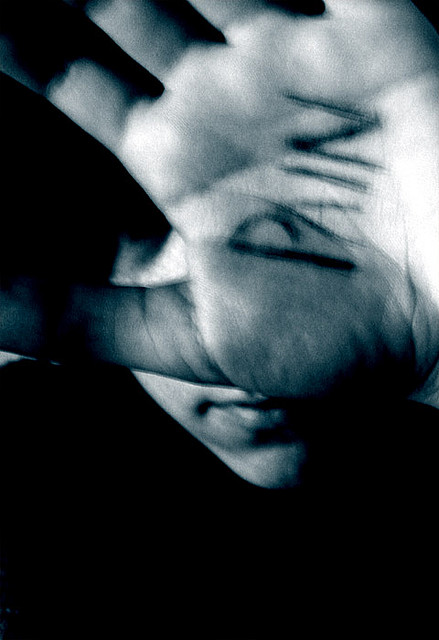 If it hurts, come out of the pose.

Effort is fine, but you should not feel pain.


These are words that I have heard, and even said, in yoga classes many times. The basic idea is a very sound, because awareness of where the edge between effort and pain is prevents injury in yoga, as it does in other sports and activities. Additionally, it seems like pain is counter-productive to the more psychological or spiritual elements of yoga. However, as someone with a chronic pain issue, there is a little voice in my head that always says “but…” when I hear or say these instructions.

For me, a person with rheumatoid arthritis, yoga asana hurts. How much it hurts varies from week to week (or even day to day) and from one joint to another. But, it always hurts somewhere. The degree of pain can range from relatively unpleasant to the sort of pain that prevents me from practicing asana at all. But, there is almost always pain that is beyond a sensation of discomfort.

In class last night, every pose that involved pressure on my hands or wrists produced some degree of sharp pain. As you can imagine, this is a significant portion of the poses in a vinyasa class. However, I worked through it, because if I didn’t do vinyasas that caused pain, I would not be doing much vinyasa, and that’s not a place I want to be right now. I felt ok about having that pain while I was practicing, because this week it hurts to open an envelope, so I wasn’t surprised or alarmed to feel pain in downward dog. While I have read about pain-free yoga, I have never experienced it. I don’t say this to be dramatic or as a plea for sympathy. It’s just a reality for me in everything I do and thus it is part of my yoga practice.

I know I’m not alone. Many people experience chronic pain in one form or another, and some of those people are doing yoga (some do it as a way of dealing with chronic pain). Staying completely away from any sensation we might characterize as pain can be detrimental to achieving the benefits of yoga that can be gained for someone who has pain. But, that has to be qualified with a “within reason.” Working through some types of pain can result in exacerbation of the underlying conditions. It’s complicated.

You might be surprised to hear that I don’t have an answer to this issue (but not if you read here often, because I frequently don’t have a clear answer  – sarcasm alert).

I think the answer partly depends on what kind of yoga it is, and what the goal is. For a gentle yoga asana class or a class focused on relaxation, any level of pain or intensity might be too much. For a more physically active vinyasa class, or a yin class that can produce intensity for many people, we may need to expect that some students are feeling sensation they might characterize as pain and that this is ok, as long as the pain is not extreme, is not unusual, is not unbearable, does not produce dizziness or nausea, and is not in areas of the body that are very easily injured (e.g. knees) or where injuries could be quite dangerous (e.g. neck).

It also depends on the person. If the pain experienced causes the individual to clench up, to move a joint in an unsafe manner in an attempt to avoid the sensation, or to come “out of” the practice, then it is likely not advantageous to continue doing the poses that create that pain.

I think that part of the key here, as it is with so many things, is knowing the body. If I know my body well, then I’m better able to see where my edge is. It isn’t something that another person can ascertain for me. Some of that learning happens by going a little past that edge and feeling it after. Some of it happens by going a little past where you think the edge is and finding out that it isn’t really there. Some of it happens by learning to relabel some pain as sensation, or becoming more of a connoisseur of your own body sensations and thus knowing what feels like “normal” pain and what feels like “abnormal” pain, or what feels like a muscle or ligament pulling instead of some tension on a previously damaged joint. Yoga helps us to gain this kind of body knowledge.

The bottom line, for me, is that sometimes yoga asana hurts. That can be the sign of a problem, or it can be just a reality of the particular body doing the asana. As we can’t assume that anything will be experienced in the same way from person to person, we can’t assume that yoga shouldn’t hurt if it’s being done correctly.

2 Responses to It “Shouldn’t” Hurt, But Sometimes It Does