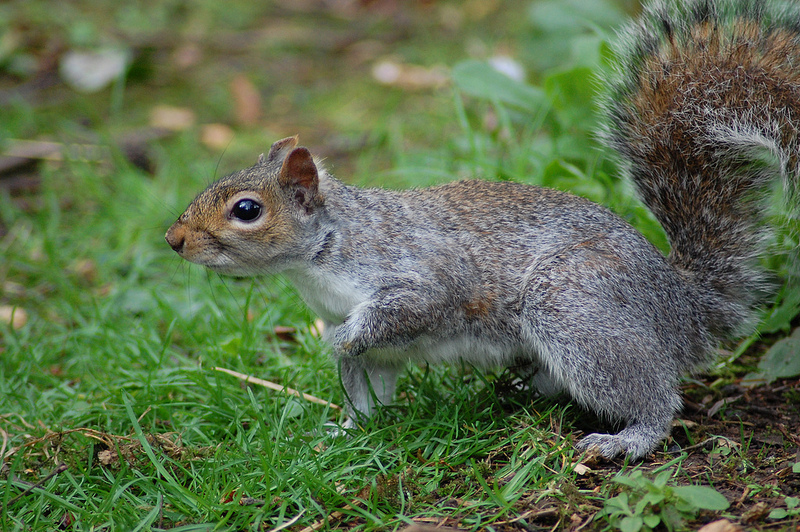 Subtitle: Even Those Dang Squirrels are Divine

It’s been a summer of gardening at The VeganAsana house, for the first time in a long time, and the first time ever with more than a dozen or so plants. And it’s been quite a learning experience. 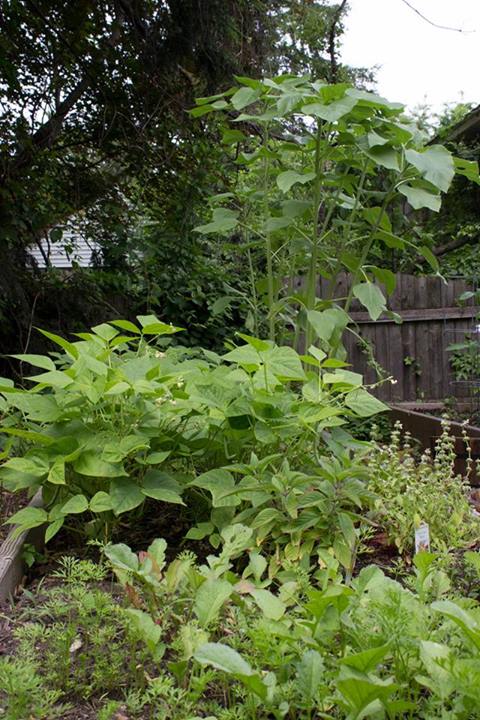 First, there was the reading and planning. I drew plot designs and looked at seeds. I read about the different problems that could crop up in a garden and resigned myself that I would probably have one of them. But, I was ok with that.

I imagined all of the delicious, home grown, organic food that I would produce for my family, their eyes open wide with wonder at the dinner table (cue choir of angels). This was me in May.

Then in June, things were growing. GROWING in my garden! Wow!

You should have seen it. The plants were beautiful and green and strong.

The sunflowers were immense. The tomato plants were getting huge and the zucchini plants were flourishing.

We were eating pounds of green beans. And if the kids didn’t look at me in amazement when I produced plates of fresh green beans, at least they ate them.

And then July happened, and it all went to heck. 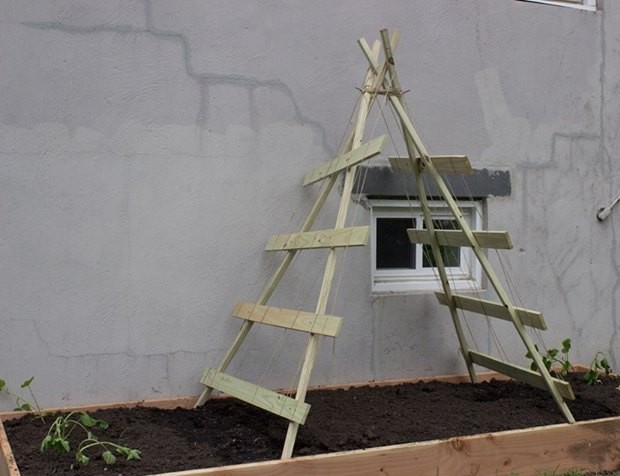 The squash and pumpkin plants that I planted by my home-built (with help from my pal, Erica – shout out!) trellis started looking a little dodgy. So did the zucchini. I thought they were being overwatered.

I slowed the watering down and waited on the rain to chill out. And then I noticed some odd sawdust looking stuff at the bottom of the stems. Wait a minute! I read about this! (DUM DUM DUUUUUMMMM!)

I removed borers from my plants (I couldn’t kill them, because they are beings after all, so I just relocated them). I reburied stems. They died anyway. Four squash plants and two pumpkin plants survived. I thought horrible things about those borers at first, but then I gradually let it go and got back to the idea that they were just doing their thing, eating their food, raising their little slug-babies.

So, ok, whatever, no zucchini for me. And, also, maybe there would be no pumpkin. Right. And it wasn’t looking good for squash. Sure. I’ve got tomatoes! 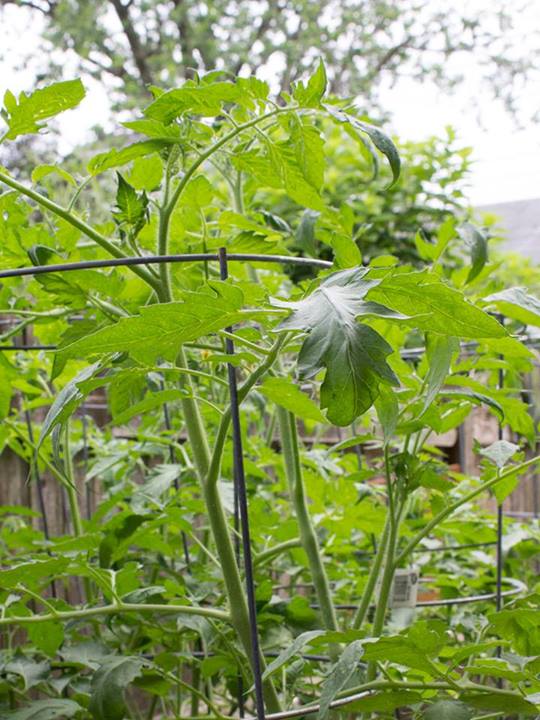 But, there was a little hitch in that plan. The mighty mighty (Bosstones? No.) squirrel.

My house is squirrel central. We have had them nesting in our oven vent, living in our eaves, rustling around in our attic, and eating our bird food. It’s squirrel happy town. I just didn’t realize how much they loved tomatoes.

Squirrels adore tomatoes. They will take every single freaking tomato from 12 tomato plants. All. Of. Them.

I cannot even blame them. I love tomatoes too. I like them on sandwiches, alone, in salsa and pico de gallo, and fried up when they are green. I would eat tomato every day and so would the squirrels.

I don’t mind sharing, and at first I thought that maybe they would slow down and just eat their half and left me my half. And, anyway, I still had other stuff.

But then the remaining pumpkin (with little baby pumpkins on the vine, awww) got powdery mildew. And that spread to the squash that were still there. The peppers were too shaded by the tomatoes and stopped growing and I hadn’t thinned the carrots enough, so they were not producing much. And the squirrels were not confining themselves to half.

So, here we are in September. I have another batch of zucchini plants going and some fall plantings, but my hopes aren’t too high. I did have another meal of fried green tomatoes today (the hot sauce spray seems to be slowing the squirrels down a bit for the green ones, but they still get eaten too fast to ripen), and we’ll see if I get any more.

But, I’m working on my bhakti yoga. Bhakti is about a surrendering to the divine that could mean a God or Gods. Or, it could mean the universal being. But, in any case, it means something about seeing the divinity in self and others. And, I’m pretty sure that includes the borers, and the fungus (among us), and the mosquitoes, and even the squirrels.

So, while I am still going to practice some additional non-harming vegan-like methods of keeping some of my garden for my family next year, I’m not going to be angry at the squirrels for taking the tomatoes or the borers for eating the zucchini stems. Because, they are just doing their thing, and they, too, are divine.