Are You a Yoga Skeptic? 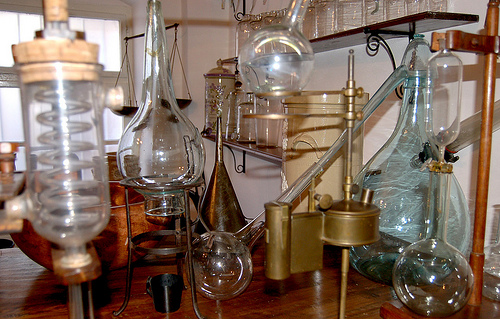 In my non-yoga related field of study, most participants fall pretty neatly into one of two camps.  They are either social scientists or they are humanist/interpretivists (some would say that critical approaches represent a third, but that’s an argument for another day).  Early in my academic life, I spent some time on social scientific work, even getting to coauthor a few publications from that perspective.  I pretty quickly decided that approach/world view just was not for me.  It wasn’t that I didn’t think it has things to say; it does.  It wasn’t that I didn’t see the utility or logic in such an approach; I did.  It just felt incomplete to me to study living beings totally at the level of science.  I felt like I was missing something crucial that could only be fully examined through looking at the diversity of individual experience rather than the ascertaining the common patterns.  So, all that to say that I don’t usually self-identify as a scientist and am often most drawn to non-scientific research when it comes to understanding the human experience.

Now and then, however, my inner scientist pokes her head around the corner and says, “Um, excuse me, but do you have some proof of that?”  I had this experience this week reading about Prana and yoga philosophy.  My inner scientist (or skeptic, you might say), does not much rebel at the idea of a universal connection or that we are all one.  Apparently, there is enough evidence for those to keep her quiet – or it’s a leap of faith she is willing to make.  The concept that breath is the root of everything in the body, that works for the science skeptic.  After all, without breath there is no life, so it seems somehow perfectly reasonable to go there.

This week in class we read and discussed prana, the nadis, chakras and so on, and the inner skeptic scientist ran right into the center of my brain and made her presence known.  Had the reading started first with prana and nadis, as we did in class, I think that might have happened more slowly.  Even the skeptic is ok with the idea that there is a life force in the body that cannot be reduced to the breath, or the nervous system, or the cardiovascular system.  It’s something else.  And with that accepted, the general notion of nadis also works – if there is an energy, then the idea of energy pathways is reasonable enough for the skeptic.  But, when I started reading for this week, I began with a chapter from Jivamukti Yoga by Sharon Gannon and David Life.  The first paragraph begins with a description of Kundalini (consciousness) coiled as a snake at the base of the spine, reading to ascend to cosmic consciousness through  the sushamna nadi (central energy channel).  Yeah, um, what?  My inner scientist skeptic started immediately getting antsy.  I think there may have been some pacing.  From there it headed into nadis and chakras and vayus and granthis and I think that my inner scientist may have begun holding her head and moaning slightly.  “Wait!  Where is the evidence?  How do you know there is a central channel with two channels wrapped around it?  Snake, what?  REALLY?  Chakras and granthis that cannot be seen?  Uh huh.”

It’s not that I can’t believe in something unseen (see me speaking of this part of self that I’m calling the inner scientist/skeptic?) but known though experience.  I think it’s that when I start thinking about the physical body and then combining that with talking about the metaphysical in ways that I have not really experienced, then somehow that part of what is “I” wants some evidence.  I want to see it or see that someone has.  I want to read some test results.  I guess I want proof.  Interesting from a humanist/interpretivist!

I don’t think this will be a stopper for me in these studies.  I just have to find a spot from which I can think about these ideas and examine their utility for being (after all, as I tell my students, the accuracy of your memories is not important at all – what is important is what they are doing for/to you today).  I just need to find a way to be with this knowledge that doesn’t make my inner scientist squeamish.  And, I think I can.   My nervousness about accepting as “fact” (or even more as dogma) what I have no experience of (including scientific ) has a lot to do with how uncomfortable I am with accepting religion, but when I embraced Buddhism as a philosophy built on experiential examination of being, it was all good and I became comfortable enough to say that I embrace Buddhist thought – in the understanding that Buddha said we shouldn’t accept this way of thinking about being as the absolute – we should always question and bring in what we have experienced.  So, this will be a part of my ongoing project in yoga.  How about you?  Do you have an inner scientist/skeptic and how does this impact your yoga practice?

I must say, people who think yoga is just “fuzzy stretching” are awfully confused ; )

6 Responses to Are You a Yoga Skeptic?