You Are, And Are Not, What You Eat 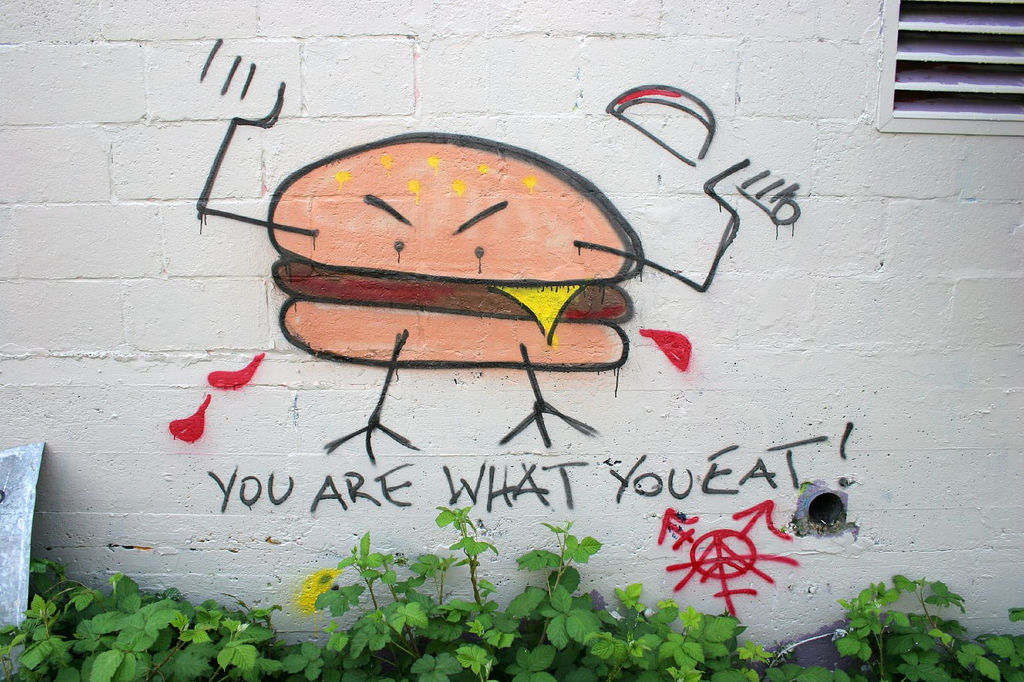 A few years ago, I spent 2 months as a raw foodist. The idea of eating that diet appealed to me, because all of the food was so fresh and clean, and it caused me to appreciate the flavors of fresh natural items without sauces or condiments. Ultimately, I stopped for three reasons. First, it didn’t do what I had hoped for the rheumatoid arthritis. Second, it was too difficult to maintain at work-function meals that I have to attend regularly. Finally, I was frequently being very very upset by claims made in the raw food community about health. The basic idea is that all disease comes from one source, body imbalances caused by toxins that we introduce through the body, primarily through food. Beginning with this idea, raw food “gurus” would make claims regarding prevention or causation of all manner of health issues, including the obviously food related, like heart disease or high cholesterol, but also things that don’t have that obvious connection, like all forms of cancer.

Yesterday, I was speaking with a woman who is undergoing chemotherapy for cancer. Recently, as she was eating a wrap that contained some thin sliced roast beef, one of the only things that appeal to her right now, a colleague approached and told her that she was “feeding her cancer,” and that she could provide her with a nutritional consultation to tell her how to stop doing that.

Two months ago, I was asked to review a book about veganism. The text was being re-issued for it’s 25th anniversary. I read the whole book, but it was a struggle due to the claims made in it. The author had made statements that were true and reasonable about a vegan diet’s positive impacts on animals, on nature, and on health. But then he repeatedly went beyond, as far as I was concerned. He made arguments that all health problems relate to eating meat. Cancer of all types and arthritis were both mentioned. Even AIDs was included in that discussion.

Claims like this, as far as I am concerned, are (pardon my language) crap. They represent wishful thinking, with absolutely no credible evidence. They negate completely the value of the science which has isolated causal factors for a wide variety of illness (and no, I am not saying that science is the only way to truth or that it’s always right, but it has to be just as bad to fully ignore it as to fully accept it). They neglect any consideration of all of the environmental factors in life besides food. They are also hurtful, not helpful. To tell someone who is suffering, “It’s your fault because of what you did in the past,” has no utility. He/she cannot go back and fix the past. How is that helpful?

Food matters. It is important. A healthy diet can have very positive impacts for any individual. It can significantly reduce many health risks, create better day-to-day health, help the body fight off infections and viruses, reduce the number of toxins you are exposed to, and make your life more enjoyable.

What it is not is a panacea. It can help, because there are many medical conditions that have been shown to be correlated with diet. But, correlation is not simple causation and a good diet does not provide 100% protection. We don’t have all the control over what happens to us, even if we wish we did. Food, like our behavior, comes back to impact us. You could call it karma. But, there are other things that impact us, like the environment around us, other people’s behavior, genetics, etc. There are raw foodists with medical issues. There are vegetarians with MS. There are vegans with heart problems. Heck, there are vegan marathoners with cancer.

So, eat a good diet not as a fool-proof prophylactic against disease. Do it to keep the body you are in as healthy as it can be, no matter what issues you are dealing with. Eat vegan to show your body, the animals, and the earth love. Do it because it feels right to do it right now, not because of some promise of a perfect future.

11 Responses to You Are, And Are Not, What You Eat