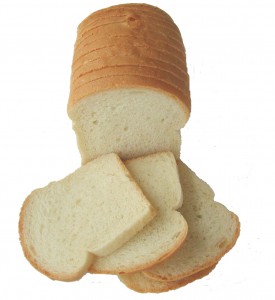 Growing up in southern Indiana, we always had a bread based dish on Thanksgiving that we called “dressing.”  After I became an adult and was exposed to the horror of Stovetop stuffing, I discovered that some people cooked it inside of the bird (eww) and called it stuffing.  Then, I had friends whose families call it filling.  So, in my house, we now call it dressing-stuffing-filling.  Those of us who like it REALLY like it, and will eat it for days after, for any meal or snack.  I made the non-vegan version for years, but after I became vegetarian and then vegan, I came up with this one.  I don’t have any pictures of the finished item, but I suspect you’ve seen dressing enough to figure it out on  your own!

Heavy? YEP!  Nutritions? Not so much.  Delicious?  Oh yeah!