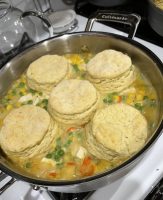 Warm, comforting, savory and delicious. An easy pot pie that you can put together and serve in an hour. This recipe makes enough for 2 10-inch round pans and will serve 8 people. Half it for a smaller group!

Add flour and gently fold vegetables in flour until it evens out. If this makes you nervous, you can remove the vegetables from the oil and set them aside, and then put them back after you make the roux.

Add broth and herbs, turn heat up slightly, and stir until it thickens.

Slowly add milk, whisking until it thickens, then turn down the heat to low and allow to simmer while you make the biscuits.

Preheat oven to 425* Make biscuits by combining dry ingredients and then cutting in the butter. Add milk slowly until dough forms. Press out dough on a floured surface to about ½ inch thick and cut 10-12 rounds.

Add 1/2 of the frozen veg and half of the thickened gravy into each of your baking pans. Fold gently. Top each with ½ of the biscuits.

Bake for 25-30 minutes until biscuits are your desired level of golden or your family wants food. 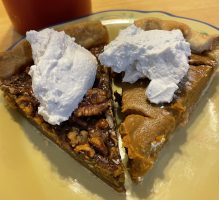 Since I have vegans and omnivores in my house, I wasn’t about to make two distinct meals. So, my goal was that everything would be delicious and vegan-friendly, except for 1 meat dish (not discussed or pictured here). It was a success and we all stuffed our faces!

Our star dish is always the tooforkey. It’s not that hard to make, but it does take some time. The gluten load doesn’t make some bellies happy, so I only do this dish about 3 times a year.

Blend tofu, 1 1/2 cups of broth, 2 T soy sauce, liquid smoke, 1 T of the olive oil until smooth.  Once in a while, I will get a block of tofu that has been frozen at some point and it will not mix smoothly.  This is not preferable, but it’s not a tragedy.  Just do what you can. Add the finely chopped onion and 1/2 of the minced garlic.

Line a baking pan with parchment.  Shape the dough into a loaf, try to make it not too “deep” – 2-3 inches tall is preferable.  Mix the remaining broth, soy sauce, olive oil, and liquid smoke.  Pour this broth over the loaf and place in oven at 325*.  Bake for about 2.5 hours if you are going to reheat the next day or 3 if you aren’t. You may wish to turn it over half way through. I don’t, but I baste it about every 15 minutes.  Most of the broth will be gone when it’s done (if most of the broth has gone when you turn it, mix up and add another cup of broth).  Remove from oven and allow to “settle” for a while before serving.

I recommend cooking this ahead of time so you have your oven free for more of the big day. Plus it’s actually better on day two. When about ready to serve, place the loaf back into a baking pan, mix your vegan gravy (see recipe below), and pour over it and cover with foil.  Put it back in the oven and heat at 325* until warmed through, about 30-45 minutes.

This is a boring mashed potato recipe but vegan.

Peel potatoes and cut into quarters or large slices. Place in the Instant Pot and cover with water. Cook at high pressure for 8 minutes and then release. Drain potatoes. Turn pot back on to sauté and continue to cook, stirring often, to allow some of the water to evaporate off (if you don’t have time to stir much, put it on warm and just keep the lid off). Add butter and mash, adding soy milk as needed. Salt and pepper to taste.

As with many sourdough recipes, this one is a little complicated, so I provided times. The recipe is from The Perfect Loaf – All I did was make it vegan! It assumes you have a sourdough starter.

To medium saucepan, add the flour and soy milk listed above. Turn the heat to medium-low and cook, whisking continuously, until the mixture thickens and becomes like a paste. Set aside to cool.

Mix all but butter in a stand mixer with dough hook on low speed for 1 to 2 minutes until incorporated. Then, mix on speed 4 for 5 minutes until dough clumps around the dough hook. Allow the dough to rest 10 minutes.

Then slice in the vegan butter while the mixer is running on low speed. Do this slowly and the butter will incorporate more easily. In 5-8 minutes, all butter should be added and the dough should be soft and kind of shiny..

5:15 – 8:45 Allow covered dough to rise in a warm location, doing 3 stretch and folds at 30 minute intervals and then resting for the remaining time.

9:30 Cover with a plastic bag with air in it so it does touch the dough and refrigerate overnight

The next day 4 hours before meal, remove from fridge and continue proof on counter for 2 hours.

Brush with wash again, rotate pan 180*, and reduce temp to 350*. Bake for an additional 20-25 minutes until tops are brown. Remove from oven and rest 10 minutes in the pan, then tip out onto to a wire rack and cool 30 minutes before eating.

This original recipe is from the Betty Crocker site, but I’ve veganized it here and made other slight changes.

In a large bowl, mix flour, 1 cup sugar, almonds, baking powder and salt. Cut in the butter, then use pastry blender or hands to mix in until you get that sandy texture. Mix in the soy milk. Press 2 1/2 cups of the crumb mixture into the bottom of the baking pan. Stir the cinnamon into the remaining crumb mixture and set aside.

In medium bowl, combine all the filling ingredients and spoon evenly over the crust. Spoon the rest of the crumb mixture evenly over filling and press lightly.

Bake 45 to 55 minutes or until top is light golden brown. Cool completely and then refrigerate until chilled.

This original recipe is from the The Pretty Bee, but I’ve made a few slight changes.

This recipe is originally from It Doesn’t Taste Like Chicken and I have made small changes here.

Prepare your crust and place it in the pan.

Put all the filling ingredients in your blender and mix well.

Pour the pumpkin mixture into the pie crust. Bake for 60 minutes. When you remove it from the oven, the edges might be slightly cracked and the middle will still look wobbly. Allow it to cool, and then chill in the fridge for a minimum of 4 hours or overnight until completely set. It may develop cracks but they won’t hurt the taste!

This recipe is originally from Making Thyme for Health and I have made only 2 small changes here. This should be made at least 1 day in advance.

Preheat the oven to 350°F then blind bake your prepared pie crust for 5 minutes. Set it aside to cool.

Combine the coconut milk and cornstarch then whisk until smooth.

Melt the vegan butter over medium heat. Add the chopped pecans and toast in the pan for about 30 seconds while stirring continuously. Pour in the maple syrup, ½ cup brown coconut sugar, coconut milk mixture, vanilla and salt. Stir in fully.

Remove from heat and cool for a few moments, then pour the mixture in the pie crust. Bake at 350* for about 20 minutes.

While that is baking, add ¼ cup brown sugar and 1 TBSP water to a pan over medium heat. Stir and cook a couple of moments until the sugar melts and then add pecan halves. Stir for a few more moments and then set aside to cool a bit.

Remove pie and add the pecan halves in any design you wish. Return to the oven and bake an additional 10 minutes, or until filling appears mostly firm when you gently jiggle it. Cool on the counter for 2-3 hours then cover and store in the refrigerator for at least 8 hours, ideally overnight. Allow to sit at room temperature for at least an hour before serving. 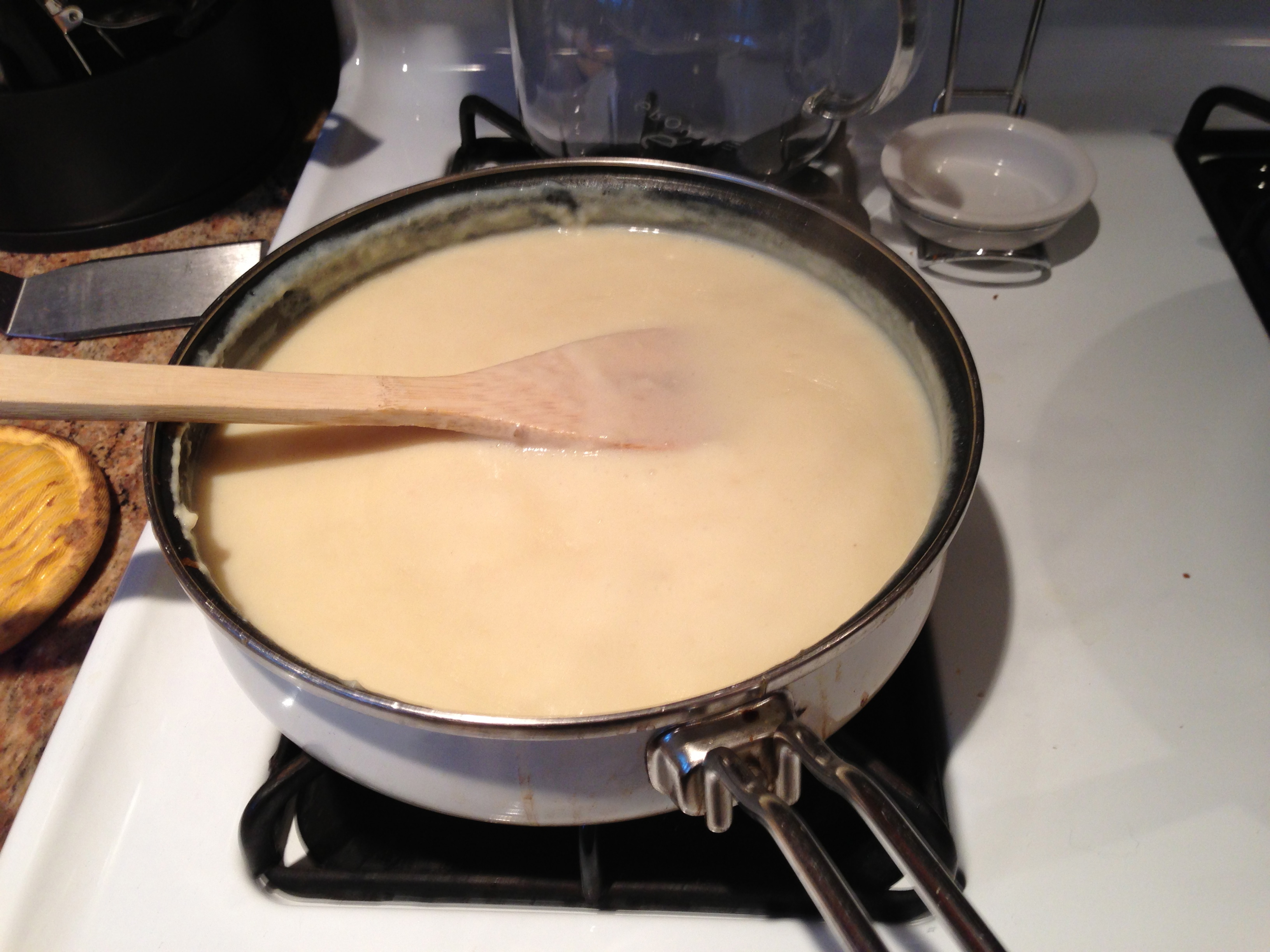 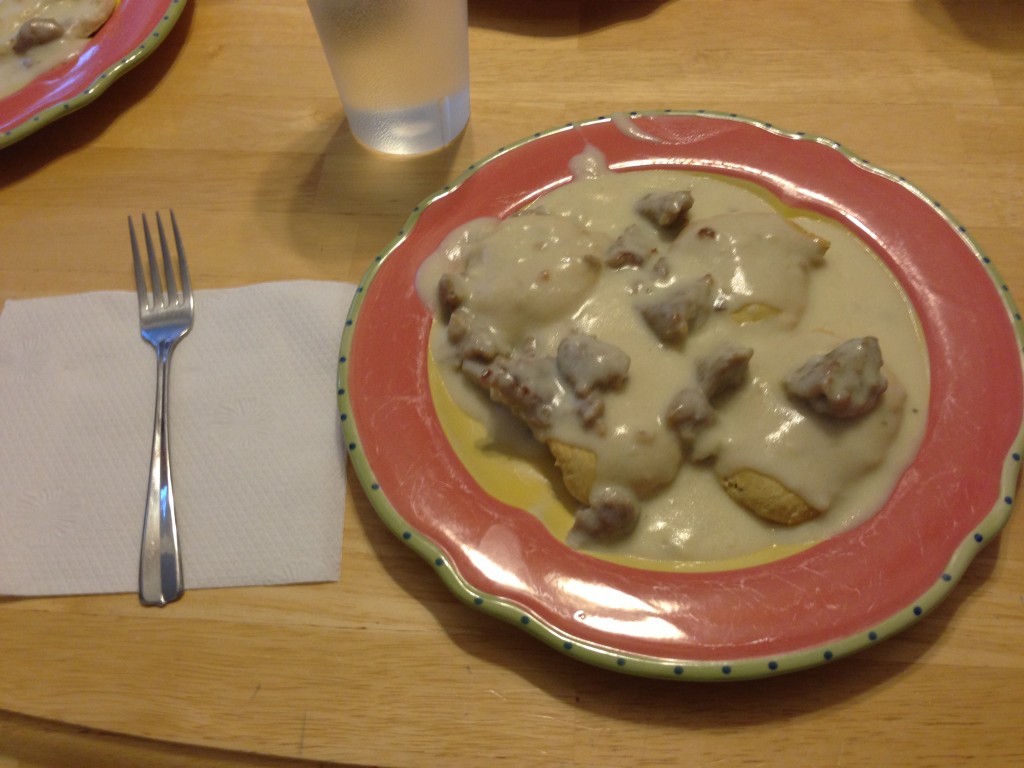