Letting Go of Me 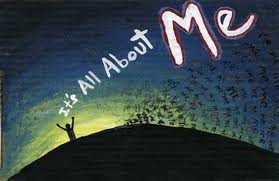 I’ve spent 45 years cultivating my “self.” I’ve developed pretty strong understandings of my characteristics and beliefs. I’ve established standards for my own behavior and defined what is and is not acceptable for me.

And yet, as a student/researcher of communication, I’ve long believed that the “self” is a socially created construct, which arises from our interactions with others. I’ve thought that standards of behavior, my own or someone else’s, are arbitrary and developed through culture.

More recently, as a yoga student, I’ve refined my notion that the attachment to the story of self (asmita) must be released in our process of becoming more connected with that which is universal. It makes sense to me that the emphasis on the me, the I, is counter-productive in cultivating union.

We also live in a world that will require you to create stories of you (what is a resume, after all), and will certainly create stories about you. That doesn’t mean you have to attach to the stories, but it does mean that you likely have to participate in them, and commit to enacting them, which makes it harder not to attach to them.

To some degree, the development of an understanding and set of beliefs about self is part of our humanity. Some scholars would say that the ability to abstractly understand and evaluate the self in relation to others and the world is what makes us human. Letting that go completely may not be possible, or desirable. 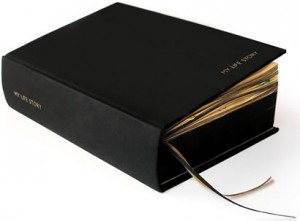 Maybe a more reasonable goal is to cultivate awareness of when the story of me is cropping up in a way that prevents us from seeing our unity with that beyond, keeps us from opening up to other possibilities, stands between us and our ability to truly experience the present, and blocks us from being able to understand and empathize with the reality that others are living.

4 Responses to Letting Go of Me