Yoga and Eating Disorder – The Other Side?

Recently, I’ve found myself reading a lot of discourse about yoga and body identity – including eating disorders.  For 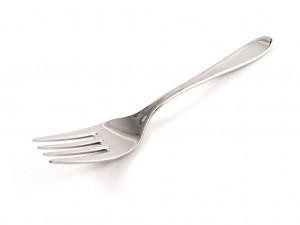 the most part, when it is directly addressed, the focus seems to be on the ways in which yoga can aid in the recovery from eating disorder.  There are even much cited studies from 2005 and 2009 that show a “scientific” connection between doing yoga and recovery from E.D.  But, I want to just trouble that conclusion for a moment.  I’ve written in the past about how yoga can operate as a positive force in combating body issues, including eating disorder.  And, I don’t want this to be perceived as a “taking back” of that point, but I think that the crucial word here is can.  Yoga can assist in eating disorder recovery.  But, that doesn’t mean it will and it doesn’t make it a cure.

Looking at it from this standpoint, I can see, and have seen in my own life, how developing a more yogic mindset can assist in E.D. recovery (moving toward that perfectly healthy end of the continuum).  Such a mindset encourages us to see the unity between self and other, to value the self in a different way, to see the body as both less and more important (less important in appearance, more important in the need to maintain its health so that we can work on the other issues), to let go of our attachments/aversions (to food, to fat, to being thin, and so on).  But, and this is an important but, that is about really having that yoga philosophy and having it resonate through the whole worldview.  And that isn’t what yoga ends up being always.

In the U.S. (and I’m not saying it isn’t this way other places – I just don’t live there), yoga often is understood to mean primarily or only the physical practice.  And, I don’t just mean by people who don’t regularly do yoga.  I still find myself thinking “no yoga today” when I mean no asana.  And, therein lies the rub – or one of them.  If yoga is mostly about the physical, it not only might not reduce eating disordered behavior/thoughts, it may increase them.  This is the yoga that makes curvy yogis say that they feel disenfranchised by studios, yoga organizations, and yoga publications.  This is the yoga that leads to contests that seem to be primarily about appearance.  This is the  yoga that promotes the notion that a yoga body should look like X.  And all of these beliefs are contributory to the perceptions of reality that create eating disorder.

But, it doesn’t end there.  Even when yoga is understood as going beyond the physical, there are beliefs and understandings floating around in yoga-land that can be problematic for recovery.  What serious student of yoga has not heard stories of ______ (great guru of choice) who only consumed 1 ________ (fruit, vegetable) a day because he/she was so beyond the needs of the physical body?  There are a lot of these legends in the yoga culture.   That’s dangerous, because “I don’t need food at all” and “If I don’t eat, I will be a better person” sound an awful lot like anorexic  thoughts.   The competitiveness that has  become a part of yoga culture is another issue.  There is no denying the pervasiveness of the “x style is better than y,”  “x guru is better than y guru,”  “so-and-so is a more real yoga practice than such and such” that goes on.  Maybe it shouldn’t be there, but it is.   Is it surprising that this might contribute to an eating disordered worldview that is already based on preoccupation with being more-than or less-than, better-than or worse-than?

So, yeah.  I don’t really have some big pronouncement to end with here.  I guess my point is that, before we wander around patting our own backs (ha ha, yoga joke) about how good yoga is for treatment of eating disorders, let’s take the time to recognize the ways in which the yoga culture we have created can be contributory as well.  If yoga is about unity, let’s understand that “yoga” isn’t all good, any more than it is all bad.  It just is.

p.s. While I fully respect how the revelation of detailed personal battles with eating disorder can be useful to speaker and audience, I have elected not to do that here, not as a condemnation of anyone else’s choices, but just because of where I am right now.

p.p.s.  I had a very hard time selecting an image for this post without it appearing that I was being overly critical of one particular person or establishment or presenting images that might be bad triggers.  So, this boring fork was the result of that debate.

7 Responses to Yoga and Eating Disorder – The Other Side?