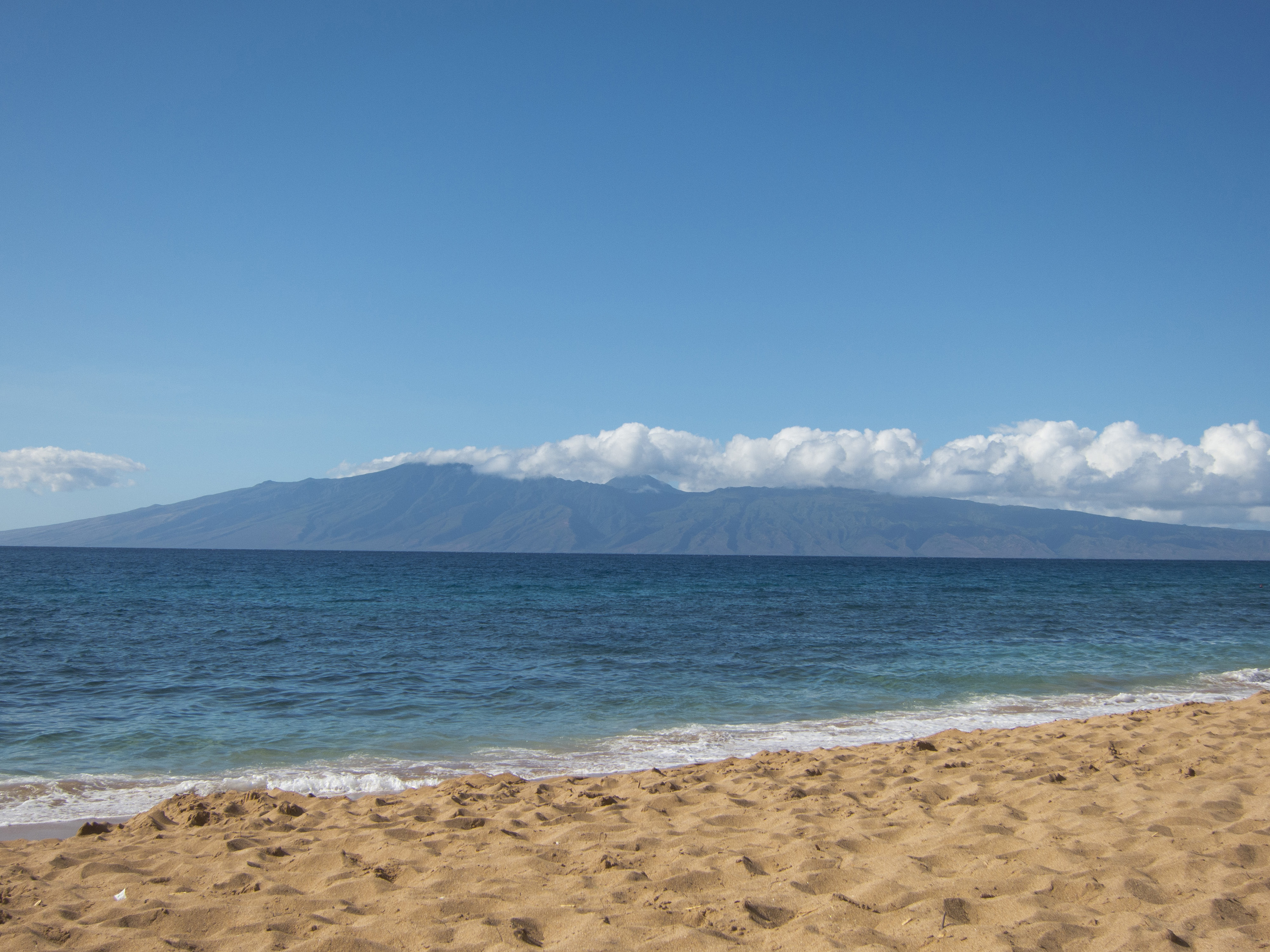 Mr. Asana and I spent last week in Maui. It was even more beautiful and amazing than I had imagined, and I had imagined it being pretty amazing.

Before we went, I already knew that it was not, in terms of restaurants, a vegan mecca. There is a heavy focus on meat and seafood in restaurant food there. So, I was ready to mostly have one choice on the menu, and maybe not even that.

What follows is a brief review of my experiences there, with some thoughts and recommendations on places to eat, and not to eat.

We stayed at the Westin Ka’anapali Ocean Villas in Ka’anapali. They have three restaurants on site and we dined at two of them. Pailolo Bar and Grill is a sports bar right off of the beach. There are an insane amount of big screen TVs and they serve sports bar food. There is a veggie burger on the menu that the waiter stated was vegan, but I’m honestly not sure he was correct, so I would recommend double checking that. It was perfectly edible, but not at all amazing. The other restaurant we ate at was Palehu, which serves Italian food. There, I had a delicious eggplant dish with a chickpea cake that was out of this world. Their salads are also delicious. It’s good that the food is yummy, as it is not inexpensive (food on Maui, pricey, we spent $200 on 4 small bags of snacks and breakfast food).

We ate four times in Lahaina, an adorable little city just south of Ka’anapali. Three times were on front street, right by the ocean, and the fourth was a bit away. The restaurants we ate at were Maui Brewing Company (veggie burger, good), Lahaina Fish Company (sesame crusted tofu rice bowl, excellent), and Cheeseburger in Paradise (black bean burger minus cheese and may, good). For all of these restaurants, there was basically one vegan or veganizable dish, and then sides. I would not refuse to go back to any of them, but I wouldn’t feel like I had to go, either. The Maui Brewing Company did have a great beer selection, so I might go back for that if my beer allergy issues resolve. And if I was in Lahaina and wanted to have lunch on the beach, the tofu dish at the Fish Company was quite tasty.  The fourth meal (well, it actually was first temporally) was the Old Lahaina Luau. The luau is a buffet. There aren’t a lot of vegan choices, but since it’s a buffet, you can fill up on salad and sides. 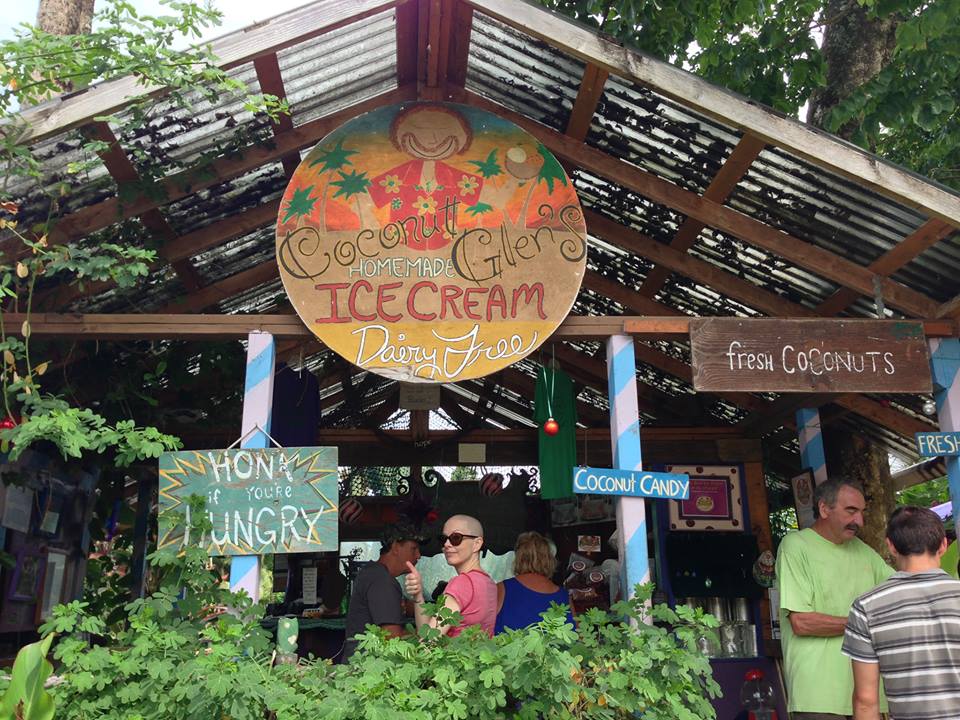 In addition to our meals in Lahaina and at the resort, as we wandered around the island, we also ate at Hula Grill in Whaler’s Village, Ka’anapali (miso tofu, quinoa, and veggies, excellent), Flatbread Pizza Company in Paia (chain, veganized pizza, good), and Beach Bum’s in Wailuku (veggie wrap, fine). Again, the choices for each were limited. I don’t think I would pick to go back to Beach Bums, but the Mr. probably would (I can’t discuss his nachos here). I would elect to go back to Hula Grill, and Flatbread was eh. 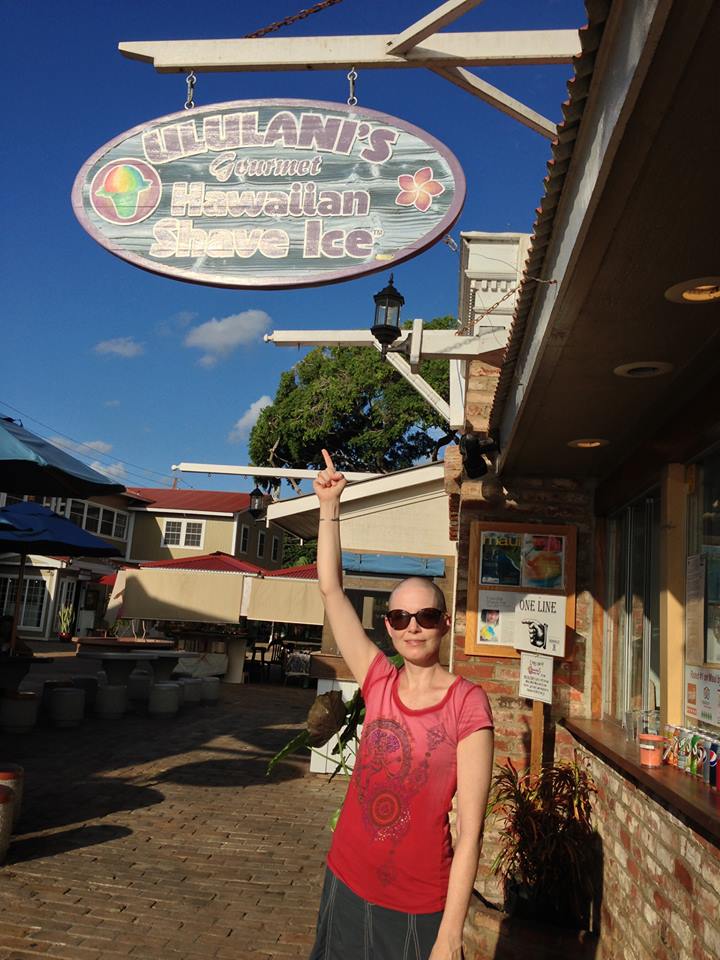 Now, about treats! While we were on the road to Hana, we passed by Coconut Glenn’s. I had read about it previously, and when we started to drive by, I saw the sign that said vegan ice cream and screamed “Stop HERE!” Seriously, if you are in Maui and are driving on this road, vegan or not, stop here. I mean it. The coconut ice cream was delicious, and the were also selling fresh coconuts that they would slice open for you right there. The owner, who I hear is from Jersey, is a character.

Twice on the trip, I got to have Hawaiian shave ice at Ululani’s. They have locations around Maui. This stuff is so good that it’s nonsense. If you have never had Hawaiian shaved ice in Hawaii, you may think you know what it is because you’ve had a snow cone, or Italian ice, or something in Indiana called Hawaiian shaved ice. That’s not true. You don’t know. It’s AhMayZing. When you put a bite in your mouth it melts away instantly. The texture is so soft. The flavors are delicious (the coconut is actual coconut blended into coconut milk and the mango is pureed mango) and they have some flavors you might not expect, like pickled mango and li hing mui. I want one right now. You do too, even if you don’t know it. 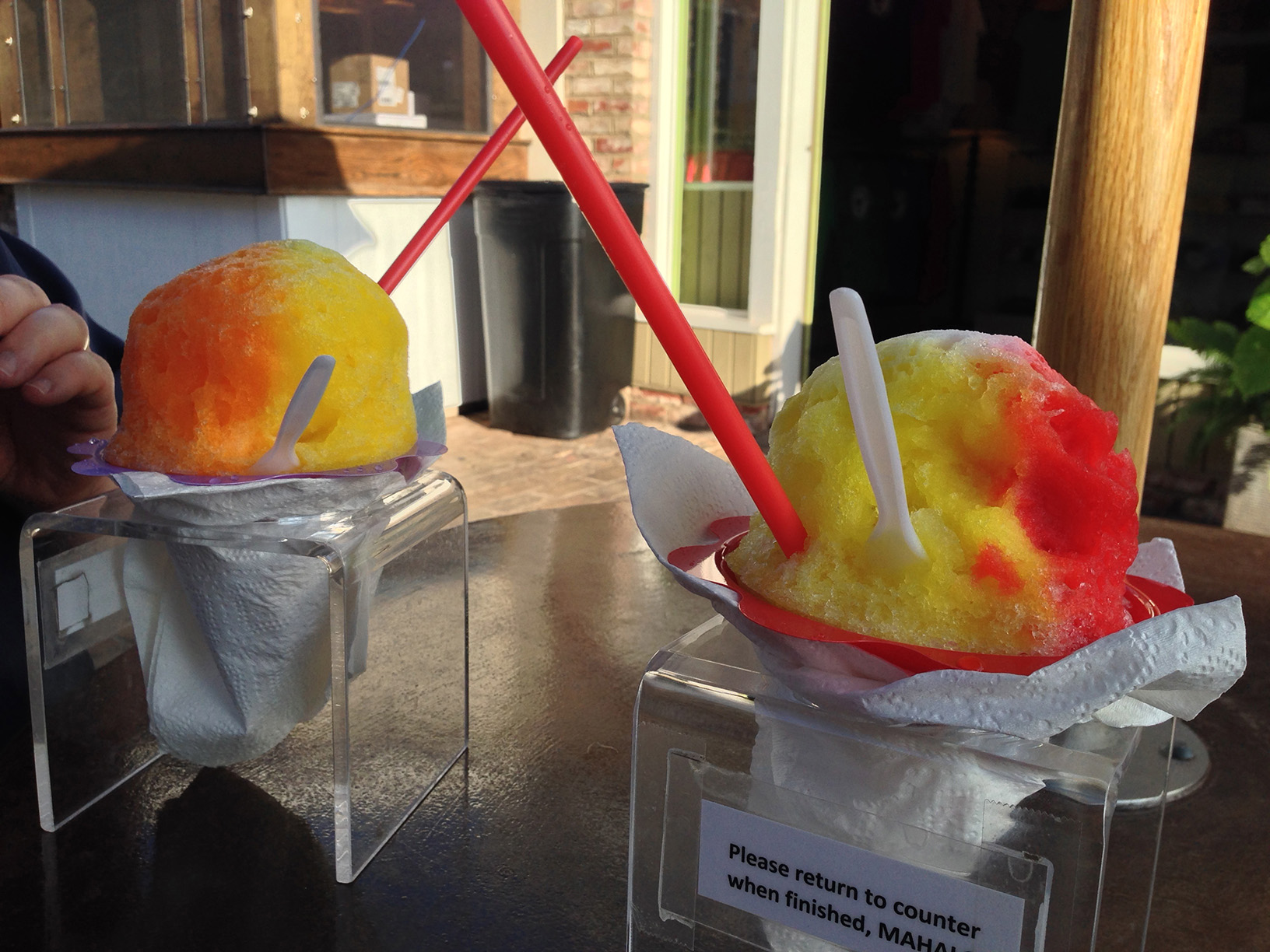 We also stopped and got some vegan cheesecake and a slice of vegan pie at a very vegan friendly little health food store in Kahului, called Down to Earth. We didn’t get back there until too late in the week to do real grocery shopping there, but if we go back, we’ll stop on the way from the airport to the resort and stock up.

So, all in all, it was not a wild exploration of vegan delights, though we ate plenty of fresh pineapple (the Maui Pineapple Tour was fun and had all you can eat freshly picked pineapple!), but that’s not why we went to Maui. The beach, volcano, foliage, and sunset views made up for any shortage of great vegan restaurants, and I can barely wait to go back.

If you made it this far, mahalo!

3 Responses to Veganing Around Maui