Variety is the Shizz of Life, Yoga, Food – VeganMoFo Day 10

Saṃskāras – yeah, baby, who doesn’t love a good pattern, a groove, a habit?  We all have them, don’t we?  And they are comforting, productive, efficient (sometimes).  They are also

stifling, wasteful, constraining (sometimes).  Desire for habit vs. spontaneity is a dialectic that everyone faces.  We all want some degree of constancy and regularity (even if we said “I will never do something the same way twice” that would be a habit, eh?), but we also want the  unique moments of the unexpected.  While we want both, often – it seems to me – we are reluctant to let go of the habits, the grooves, the Saṃskāras, to open ourselves to the possibility of the variation.  We cling to the expected and the usual, managing to shut out any opportunity for growth.  This happens in all parts of our life and our interactions with others.  We cling to people, to objects, to events, to routines.  We believe that we can’t function (or live?) without them.  But, if we can practice a little aparigraha (non-attachment) in our lives, we open up to so much more.

Thinking about it in life, generally, we like for our relationships with others to stay, and to a large degree we also like them to stay the same.  That is not too shocking for our happy relationships, because we love the people we are in them with, and we don’t want that to shift.  But, what does this stop us from experiencing?  Would change necessarily be bad?  Might it be ultimately better for one or both of us?  We also draw our circles of loved ones around us tightly to maintain them.  Who are we keeping out that might enhance our lives?  If we allow for a little change, a little variety in who we spend our time with or how we enact our relationships, it may be good for everyone concerned.  As a parent, I can say that it’s easy to cling to my image of who I visualized my children becoming.  But, if I can’t do that, how will I ever see or enjoy who they might really become?

In yoga, this applies as well.  We can easily develop attachments to certain types of practice (“I ONLY do Bikram!”) or to teachers or to poses.  We create habits of how we come into poses, get out of them, and respond to them.  We attach to having music (or not or what type).  We attach to how the class should be run, how the other students should react, and even the space in which the class is held.  Whew! That’s a lot of clinging.  When I first started practicing yoga, I had 2 “virtual” instructors that I was willing to “take” a class with.  Everyone else made me antsy. And then, when I began practicing in a real studio, I also selected a couple of instructors and would only attend class with them.  If I walked in and saw a sub, I immediately felt upset about it.  Over time, as the desire to practice more forced me to branch out a little, I discovered that there were things that I could “get” from each instructor that I would have missed without the variation. Now, even though I still have my favorites, I am pleased to see a sub, because I know that bit of variation will do something good for me.  Similarly, I used to clench up when I heard, “this is a new pose for this class.”  But, now I like it, because even if the pose is too advanced or doesn’t suit my body, I’m likely to gain from the practice of it.

And as for food… same thing.  I know a lot of people who have dietary restrictions or a specific eating plan (like veganism) who handle them by coming up with a menu of acceptable items and having them constantly.  Thinking about veganism specifically, though it certainly applies to others as well, that’s useful at first, because it makes it easier to maintain the plan, but we pretty quickly become bored by having the same items over and over.  That can lead to lapses or to giving up.  Imagine how hard it would be to maintain a vegan diet if you only ate salads (I know, a lot of omnivores thing this IS a vegan diet).  It would be near impossible.  Even if you have a large amount of foods in your arsenal, it is good to branch out a little more now and then by reading other people’s recipes (VeganMoFo is great for this), trying new food items (Kelp! Beets!), or combining things in a way that you never have before.  Even getting up in the morning and having a “dinner” item for breakfast can shake up your dietary day enough to help prevent cravings that are mostly about your tastebuds wanting to be entertained.  There is a whole world of food out there that can nurture and care for our bodies – that means there is likely to be plenty of variation to keep our mouths and minds happy without sacrificing any nutritional philosophy that we are trying to observe.

None of this means that we have to give up all of our routines.  After all, that is the meaning of dialectics – the two halves require one another.  Routine is good and variety is good.  Too much routine (or too much clinging to that routine) can be oppressive and too much variety (or too much attachment to spontaneity) can cause anxiety.  But, either way, we can be more mindful of why we have that routine, where it could stand to be shaken up, where the spontaneity has become a routine, and what we stand to gain by allowing for change – by engaging in more aparigraha.

What in your life, in your practice, or in your veganism do you (or will you) do to provide the variety that you crave and the constancy that you need without clinging too much to either? 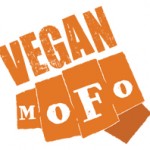