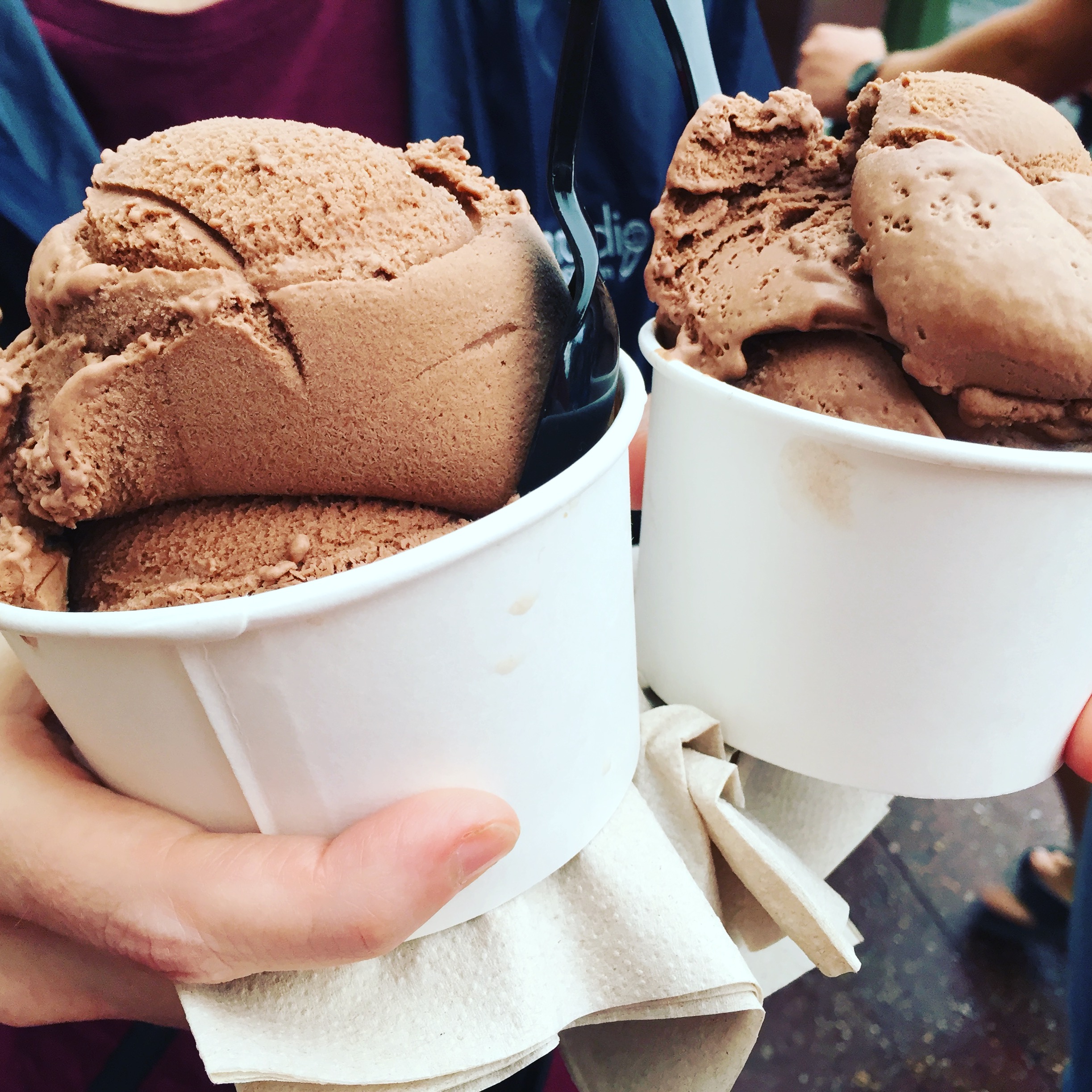 Sometimes you want a little something sweet, but you are still trying to get your protein in. Vegan recipes to the rescue! Some of these are mine, but some are not. All are delicious. Some involve protein powder, some beans, and some peanut butter (ok, many involve peanut butter, but that can frequently be subbed with another nut butter if peanuts aren’t your thing – I just love peanut butter).

Sometimes, I throw a couple of frozen bananas in the vitamix with some chocolate chips and peanut butter and make some ice cream. Sometimes, I just give in and buy some ice cream (like the chocolate on the left) and skip the whole protein. But, if I want to go a little harder (though still very easy), these are some of my go-to ideas.

Vitamixing it Up with Breakfast Smoothies