Misadventures of a Garden State Yogi – Book Review and Giveaway 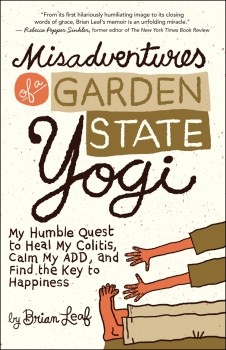 This week, I received a review copy of Misadventures of a Garden State Yogi, by Brian Leaf. The book tells the tail of Brian’s experiments in travel, yoga, Ayurveda, and massage therapy (ahem), among other things. Wrapped into this story of a life, Brian provides the reader with the life lessons he has learned, connected to yoga philosophy, and suggests how those lessons might be utilized to improve life.

As all autobiographies suffer from the inherent problem of being a story of the self (that one has chosen to publish), thus implying a little taking oneself too seriously, or overestimating one’s own importance, it was delightful to open this book and immediately see the sense of humor with which it is written. Brian (yes, we are on a first name basis now – you can’t not be after you read the book) doesn’t hesitate to share some rather embarrassing stories, many of which resulted from times when he did slip into a bit too much pride in his own abilities.

The book could have just as easily been titled “misadventures of a Hoosier yogi” and been about someone from Indiana, as Brian’s story isn’t singular to New Jersey, but it did provide me with some additional enjoyment as a reader who lives in NJ to see areas that I know well mentioned.

This is a light read. If you want deep yoga philosophy, go with Michael Stone. If you want beautiful language and a deep feeling of zen, try some Thich Nhat Hanh. This is an amusingly written story about a “regular guy’s” search for himself and his physical, psychological, spiritual and social health. I wouldn’t (and won’t) hesitated to recommend it.

In fact, I like it enough that I want to share it with one of you! Simply reply to this post with what the title of your autobiography would be, and you’ll be entered in the contest. And the winner, selected by “And the Winner Is” widget, is Lynn. 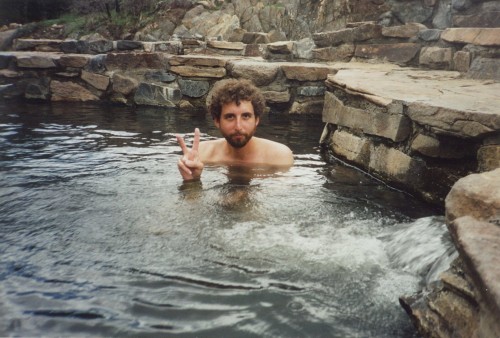 And while you are at it, check out Brian’s website and his video contest. It would be pretty cool if a The VeganAsana reader could also win that cash.