No Cult, No Anorexia, No Cancer – Just A Bald Vegan

Some of the explaining is just due to my appearance.  I get a lot of people assuming that I’m significantly ill (usually the assumption is cancer).  I get a lot assuming that I’m very anorectic (yes, I would say that I have an ED, but it’s relatively under control – I’m just this size).  I get a few (Grandma, you were such a cutie) assuming that I’m in a cult.  And I get some assuming I’m either a Buddhist or Jainist nun.  There is also something going on where, apparently, in some culture(s) this hairstyle means you are, uh, available for sale.  So, I get some odd looks/offers.

Once people notice the diet, on top of the appearance, I get quite a bit of questions about what I eat (Do you eat fish?  No, I’m a vegan.  How about clams?  No.  Scallops? Sigh.) and why I eat it (Is it because you are sick?  Did your doctor tell you to do this?).  And, I get knowing looks of people who see my shape and my plate and assume that it’s all some sort of weird obsessive eating disordered behavior.  Because, after all, why would anyone voluntarily choose that diet?

So, clearly, some of this is rather particular to me.  I’m guessing that the number of 45 year old female, bald, tattooed, vegan professors in the U.S. is small.  But, some of it is about how much assuming we do about people based on things like how they look and what they eat.   We are all guilty of it.  And why do we do this?  One reason is cognitive. The world is full of infinite stimuli.  We encounter so many different “things” in each moment of each day that we can only make sense of the world by categorizing.  We start with broad categories like “people,”  “dog,”  “boy.”  Then, in order to respond to units in those categories that we have little direct experience with, we create subcategories based on what we believe are connected traits.  That’s where it starts to get tricky, because the more we do that, the more likely we are to go wrong.

When you meet a person, you know you can say “Hi, I’m ____.  It’s nice to meet you.”  You know you can comment on the weather or on an event that is happening in the area where you both are. 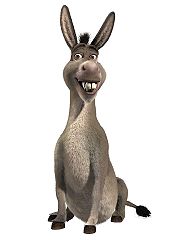 So far, so good.  Maybe you find out another thing about someone, for example that he is a college student.  So, on the assumption that most college students have a major, you feel pretty safe saying, “What are you studying?”  When it goes wrong is when we create more complex connections.  Bald + thin = cancer.  Tattooed + young + punk band t-shirt = angry dirty mean dangerous punk.  Big family + female = conservative and religious.  Bald + thin + vegan = religious belief X.     When we head down that road, we not only make assumptions about people that are not true (possibly offending them greatly), we also prevent ourselves from really getting to know the individual, because we stop attending to the other characteristics and behaviors and only focus on those that confirm our belief.

I’ve talked to people who assert that all vegans are jackasses about their dietary choice, are rude to omnivores, and are fundamentally unhealthy.  That’s a lot of assumption to push past to have a real conversation.   Sure, some vegans are all of those things.  Some are none.  Just like with any individual characteristic, those who possess it are as different from each other as they are from others who do not have that characteristic.

Working on not making such assumptions is tough, because our mind wants to do it.  But, if we can go beyond it, we open up the opportunity to better communication with those around us, a deeper understanding of the diversity of experience, and an easier time achieving peaceful community (of all scales) relationships.  And, what is wrong with that?  So, the next time you see a bald, sort of thin, tattooed vegan, or a young, conservatively dressed, mom of 5, set aside your assumptions and get to know her.  You might be surprised.

3 Responses to No Cult, No Anorexia, No Cancer – Just A Bald Vegan