Homage to the Pressure Cooker 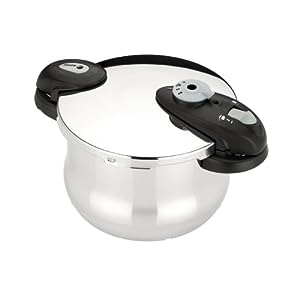 Last summer, I got a pressure cooker.  It took me months of pondering it to get the courage together to buy it.  I had vivid visions of explosions in my kitchen, with soup raining from the ceiling and severe burns.  I don’t remember a pressure cooker exploding in a house of my childhood, but it either did or I heard enough stories about that to have developed a true fear of this cooking device.  But, my friend Beth had mentioned being able to make split pea soup in 20 minutes, start to finish, and I knew I wanted that!

So, I read and pondered and debated.  I noticed that many authors were stating that the dangers of the old rocker-style pressure cookers were mostly past, and that the new models had many safety features that make them far less dangerous and easier to use.  I drove my husband  completely crazy debating out loud about whether it was a good or bad idea to get a pressure cooker (he had obviously heard of similar horror stories and wasn’t particularly sold on the idea either).  I put cookers in my Amazon cart, and I took them back out.  I gazed at them lovingly online (I guess I should have had a Pinterest account then) and in stores.  Finally, ultimately, it was the batch of chickpeas that I cooked (from dried beans) in a regular for approximately EVER on the stovetop – and they still weren’t done – that did it.  We eat a lot of beans in a lot of ways and waiting until 8:30 at night to eat because the chickpeas were still hard was simply not acceptable.  So, I took the dive and ordered a Fagor Futuro 10 quart pressure cooker. 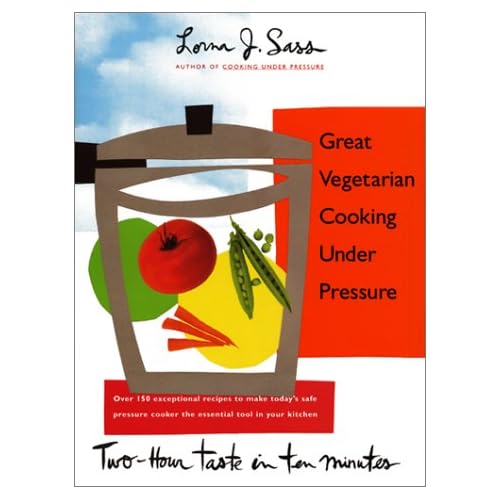 When I ordered the cooker, I also shelled out a little extra cash to pick up a copy of a book by Lorna Sass, who is well known for her pressure cooker recipes, because I was afraid it would arrive at the house and I really would not know what to do with it.  This turned out to be a good decision, because the text had not only recipes, but a lot of general information about pressure cookers and how to use them safely, and that ultimately was very helpful.

I got the cooker, and the book, and immediately tried making a split pea soup.  It came out very nicely.  I didn’t scald myself or burn the house down.  Nothing exploded.  I was pretty happy.  We also named the cooker that night.  His name is Bowie.  Get it?  Sadly, the next time that I used Bowie, something went awry.  I still don’t know exactly what the problem was, though the manufacturer felt it was a defect in production.  It caused the plastic gasket that maintains pressure to melt.  Oops.  So, Bowie had to be returned for replacement.  I was daunted.  But, I spent the time while he was away reading the book cover to cover, and by the time he returned, I felt better about giving it another try (though I did do 3 water tests before I made food again). 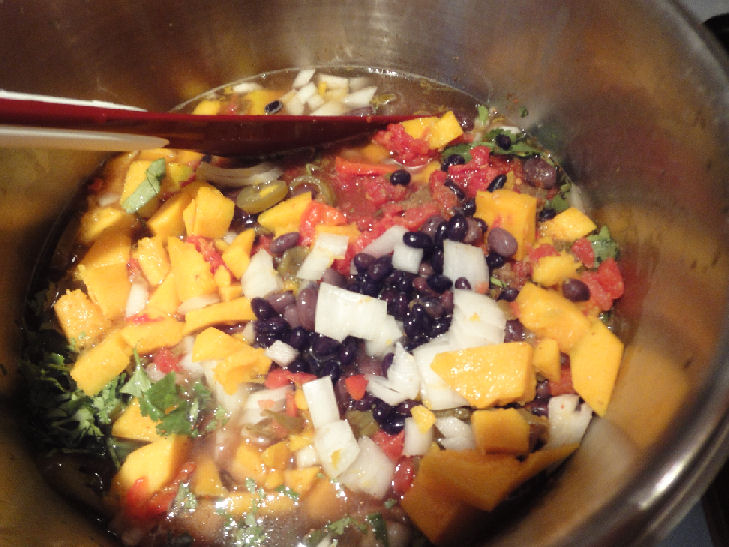 Since that time, I’ve fallen in love with Bowie.  I’ve made many pots of chili (regular and more exotic blends) , pinto beans for bean dip, more pea soup, pot after pot of chickpeas for hummus (last week, I made 2 pounds of chickpeas, blended them into hummus to serve with pitas and fixings and the family ate 2/3 of it at one sitting), vegetable soup, butternut squash soup, mashed potato soup, and even risotto.   Bowie gets used at least twice a week to make dinner, and typically I spend less than 45 minutes in the kitchen after work to come up with a meal that looks like I spent most of the afternoon stirring and tending.  It’s a regular occurrence to see Derek (the spousal unit) shaking his head and saying “unbelievable” as he sees what I’ve produced with Bowie in a short time in the kitchen.  It’s not at all unusual to hear the kids chorus “Thank you, Bowie!” when they come to the table to find burritos made with freshly cooked and blended “refried” beans.

You could say that I’ve definitely become a pressure cooker convert, and I’ll never be without one again.  This relatively simple device has made all the difference in how and what I can make for meals on weeknights, and has certainly benefited everyone in the house (possibly, the only drawback is that my waistline seems to have expanded a little due to the dinners that are almost too good).

If you have been thinking about getting a pressure cooker, do it!  There are sizes available for all families.  Mine is huge (10 quart) because I cook for 6-8 people, but most folks could easily get by with something smaller.  I’m even thinking about picking up a second small cooker for sides and rice (if I do, it might be Freddie).

11 Responses to Homage to the Pressure Cooker