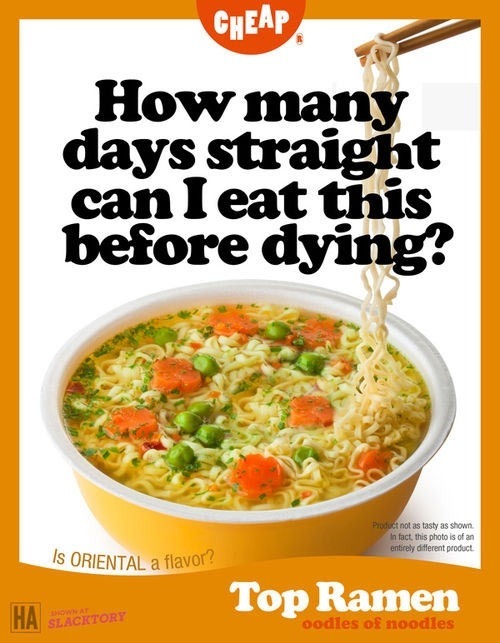 For college students, a limited budget can be a deterrent to making the choice to go vegan. And, it’s true that there are rarely amazing sales, loss leaders, and coupons for fresh nutritious food. But, eating vegan, being healthy, and maintaining a budget-friendly diet are not an impossible combination! You don’t have to live on ramen.

While you might not be able to cook them in a dorm room, the recipes you will find on this site are typically not complicated, don’t require fancy ingredients that you need a specialty store to find, and don’t need the skills of Gordon Ramsey.

Some general thoughts to decrease costs and increase goodness:

Oatmeal!
Old fashioned oats can be had for about 20 cents a serving for the oats* and it’s so good for you. That’s cheap, right? Go ahead, add a banana for 20 cents, some almonds for 40 cents,  or raisins for 20 cents. The choices of what to put in are almost endless and can depend on what you have a bunch of or what was cheap this week. If you make a pot of oats on Monday, you can mix it up however you want it all for several days. Oats are not only tasty, they are full of fiber, magnesium, and vitamin B1 and have a significant amount of protein, and if you add some blueberries, yogurt, chia, or walnuts, you’ll add an extra punch of goodness for gut and heart health.

Chili
People have been making chili as a cheap and delicious meal for ages, and vegan chili is no exception. If you cook your chili starting with dried beans, it is darn inexpensive! A large pan of basic chili with pinto beans, jalapeños, onions, celery, tomatoes, and carrots can be cooked up for under $8 and will provide at least 8 servings (and those are servings for hungry people). Pull up some low-cost tortilla chips or store brand saltines and you are set. This recipe makes almost double that and reduces the cost even further!

*Prices calculated NJ, so not the least expensive place in the U.S., but not the most!