Does Your Food Remember? 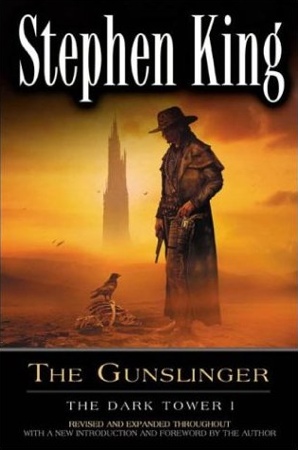 Flashback Friday! This is a post that I originally wrote for VeganMoFo in 2010. It certainly still applies!

In the Dark Fark Tower series by Stephen King (a set of books that I dearly love), the main character, Roland, frequently extorts his companions – of one era or another – to “remember the face of your father.” In the context of the series, this means that the characters should honor their ancestors by being true to their roots and to their family values. They need to remember from where they came.  (Important note – I have nothing against mothers; I am one.  I’m just working with the quote.)

For me, this phrase constantly comes to mind when I’m thinking about, or talking to people about, the best way to eat. I’m a vegan, so sometimes that means that those I talk to assume that I certainly would eat a very sound diet.  Frequently, where I work, someone sets out cookies or cakes or candy, and then remarks to me, “Of course you don’t eat that kind of stuff,” assuming that my veganism is equal to eschewing all but fruits and veggies. But, being vegan or vegetarian does not, in an of itself, mean eating healthy foods. A vegetarian can eat cheese pizza, chips, and peanut butter cups for every meal. That is all vegetarian, but it sure is not healthy. A vegan can live – for a while, at least – on ramen noodles, pretzels, and Swedish fish. That’s all vegan. But, wow, it is not healthy.

These food items are so processed and so refined that all of the natural nutritional value has pretty much been extracted. They do not remember the face of their fathers. They are so removed from their fathers that it’s crazy.  They don’t even know that they ever had fathers!

The best foods, nutritionally, can remember the face of their fathers. Fresh fruits, fresh vegetables, whole grains, nuts, legumes – even if they have been a little engineered in the name of mass farming, and even if they aren’t totally organic, and even if we cook them up and add some seasonings and sauces, at least they remain fundamentally in their natural form – they can remember the face of their fathers.

Don’t get me wrong, I love pretzels. I love them. We have a long-term relationship. I’ve been trying to break up with them – again – recently and we are seeing much less of each other. Though I love them, I know that they aren’t giving me anything that I need nutritionally, and when it comes right down to it, they really don’t taste as good as a big bowl of roasted vegetables or some butternut squash risotto. I also really enjoy tofu, and I think it isn’t as bad for you as a lot of things, but it is pretty far from its father, isn’t it?  I’m not a huge sugar fan, but I do once in a while get on a candy or cookie kick. Where is the ancestry there? And there is some food that is marketed specifically for vegans that is a very very long way from remembering its father (I’ll not name any particular items here so as to not cause trauma).

Does your food remember the face of its father?  Should it?  It’s an interesting thing to think about before you take that next bite or plan your next meal.